Detective Stephen Mullen was honored 25 times during his career with various levels of commendations. 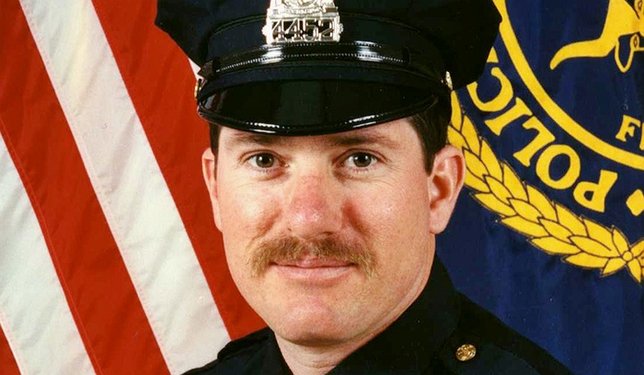 Suffolk County, NY - December 11, 2018 - Members of the Suffolk County Police Department are mourning the loss of Detective Stephen Mullen who died on December 7 of 9/11-related cancer.
Detective Mullen, who worked in lower Manhattan for the two days immediately following the terrorist attacks of September 11, 2001, was diagnosed during the summer of 2018 with salivary cancer which eventually spread to his brain.
“The effects of the September 11 attacks are still being felt by first responders,” Suffolk County Police Commissioner Geraldine Hart said. “Detective Stephen Mullen responded to lower Manhattan to assist in the aftermath and he made the ultimate sacrifice. He was dedicated to serving the people of Suffolk County for more than 25 years and his contributions will be missed by the department.”
Detective Mullen was honored 25 times during his career with various levels of commendations. The most notable of the recognitions was the honor of the Meritorious Police Service Award. In March 2000, Detective Mullen, then a police officer, responded to a plane crash near Republic Airport in East Farmingdale. Upon arrival, Detective Mullen and fellow officers found the fuselage partially submerged in a sump with the pilot outside the plane, having been ejected, and two people trapped in the rear of the aircraft. Officers disabled the fuel pump, which was leaking jet fuel into the sump, and worked for approximately 45 minutes to free the victims from the wreckage.
“He’s a good guy, a great detective and a true family man,” said Suffolk County Police Detective Thomas Bosco who responded to the 2000 plane crash with Mullen and worked alongside Mullen in various commands throughout his career. “You knew you could always count on him. We always worked together as a team, as a unit. He will be missed. ”
Detective Mullen entered the academy in September 1992 and spent his entire career in the First Precinct. He served in COPE (Community Oriented Police Enforcement) and Crime Section before earning his detective designation on May 14, 2006 for assignment in the First Squad.
“Stephen Mullen lived his life helping others,” Mullen’s supervisor Detective Lieutenant Shaun Spillane said. “He was dedicated to his family, church, and his sons’ Boy Scout activities. On 9/11, he bravely volunteered to respond to the World Trade Center.  At the First Squad, he will be remembered for his leadership as a union delegate and always helping his fellow detectives.”
Mullen is survived by his wife, Patricia, and two sons.