A Suffolk County Police Fourth Precinct officer, with assistance from two volunteer firefighters, rescued a woman from her burning residence in Commack this morning. 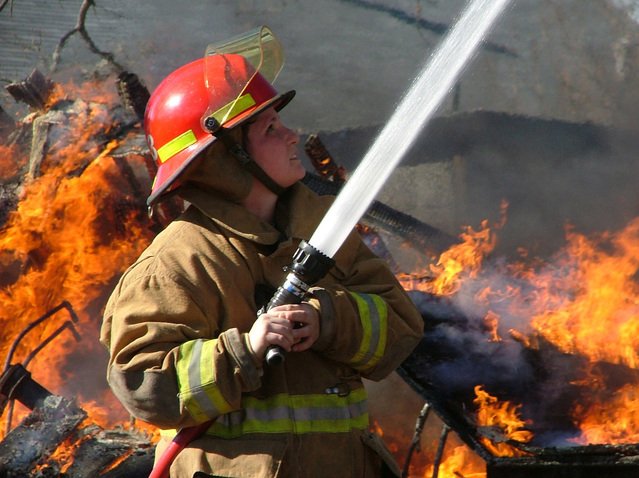 A 45-year-old woman and her two dogs, Marlo and Bo were rescued from a house fire this morning.

Fourth Precinct Officer David Mascarella, along with Commack Fire Department firefighters Bernie Simoes and Paul Carnevale, responded to 12 Suttonwood Drive after a resident called 911 at 9:25 a.m. and reported a fire at her home.

Upon arrival, the three encountered heavy smoke with limited visibility. Mascarella and Simoes and attempted to gain entry but were driven back by flames and intense heat.

The resident, Elyssa Roth, 45, was with a dog, Marlo, in her bedroom on the second floor, and the officer and firefighters convinced her to drop the dog into their arms. Roth then jumped out of the window and the men caught her.

A second dog, Bo, that was found inside the residence, was transported to an animal hospital for treatment.

Roth was transported to Stony Brook University Hospital for treatment of smoke inhalation. Officer Mascarella was treated at Saint Catherine of Siena Medical Center in Smithtown for smoke inhalation. Simoes and Carnevale were treated at the scene for respiratory distress.

Arson Section detectives have determined the cause of the fire to be non-criminal.