Students at Nathaniel Woodhull Elementary School in the William Floyd School District raised more than $1,100 to go toward helping children affected by Typhoon Haiyan in the Philippines. 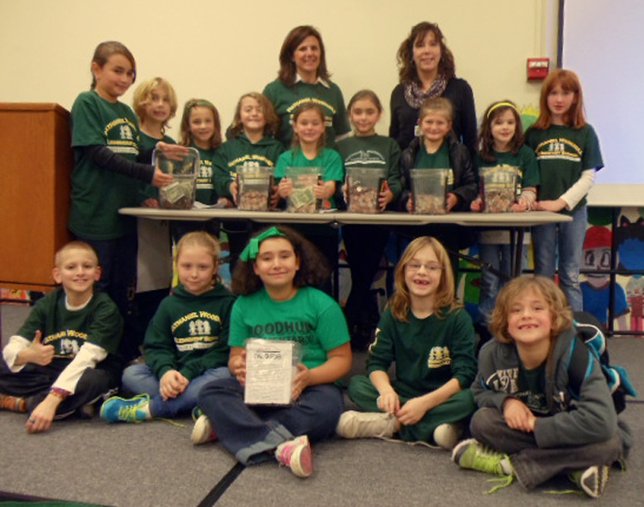 Mastic Beach, NY - December 11, 2013 - Students at Nathaniel Woodhull Elementary School in the William Floyd School District raised more than $1,100 to go toward helping children affected by Typhoon Haiyan in the Philippines. Typhoon Haiyan, which has been categorized as one of the strongest storms ever to make landfall, was responsible for the loss of thousands of lives and affected more than 12 million people including approximately six million children.

To show compassion to those affected by this devastating storm especially children, Nathaniel Woodhull students in kindergarten through fifth grade donated their change for three weeks, collecting $1,113 in total. The donations will go toward UNICEF, which is providing shelter, clean water, medicine and proper nutrition for children. This project was chosen to coincide with the character education trait of the month: compassion.

“Our community was hit hard by Superstorm Sandy, so it really meant a lot for students to help out the children affected by Haiyan,” said Monica Corona, Principal, Nathaniel Woodhull Elementary School. “Students learned that by everyone chipping in a little bit that they can really make a difference in the lives of others.”

Pictured: Christine Carlson, Assistant Principal (left) and Monica Corona, Principal (right) are pictured with the students who raised $1,113 to help the children affected by Typhoon Haiyan.