Hunters are Reporting More Deer than in 2015

Through this past weekend, New York hunters reported about 5% more deer taken during the Southern Zone regular season than through the same period in 2015. 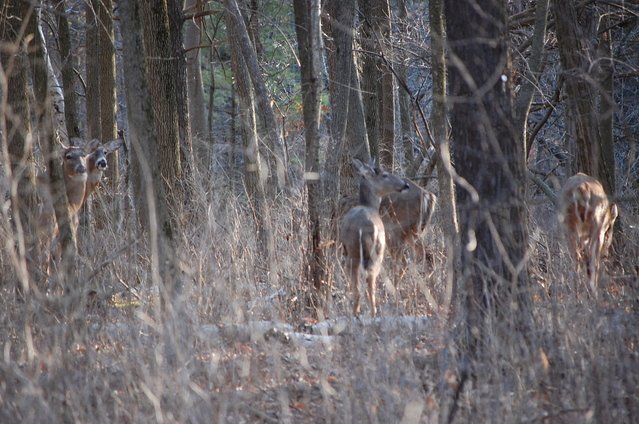 Photo by: DaveOzric, via Free Images.

Albany, NY - December 9, 2016 - Through this past weekend, New York hunters reported about 5% more deer taken during the Southern Zone regular season than through the same period in 2015.  Statewide and across all deer seasons, hunters have reported about 9% more deer than at this time in 2015.

There's still time to hunt
With the Southern Zone Regular Season and all deer hunting in the Northern Zone ending this Sunday (12/11), many hunters will make a last push to secure some venison for their families during the next couple days. Generally in these remaining days, hunters take nearly 2 does for every buck. By this point in the season, typically about 97-98% of the deer harvest in the Northern Zone and 88-89% of the deer harvest in the Southern Zone has occurred. But there is still time to hunt, and hunters will probably take 15,000-20,000 more deer till all is done.

If you are looking to extend your time afield after this weekend, the late bow and muzzleloader season follows in the Southern Zone from December 12-20.  Also, deer hunting opportunities continue in Westchester County until December 31, in Suffolk County until January 31, and in the special Deer Management Focus Area in central Tompkins County from January 14-31.

Many DEC staff enjoy late season deer hunting.  If you too get the opportunity to brave the cold weather, have fun and be safe.

Remember the basics of hunter safety: