Suffolk County Police today arrested a West Babylon man following a burglary during which a man was shot at a North Bellport home early this morning. 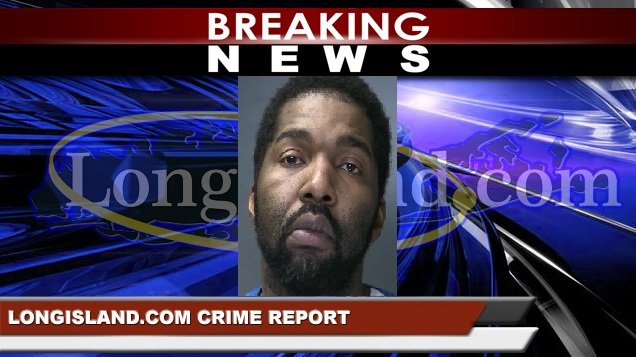 Tony Fenner of West Babylon was charged with Burglary and Criminal Possession of a Weapon. The investigation is continuing. Photo by SCPD.

North Bellport, NY - December 9, 2015 - Suffolk County Police today arrested a West Babylon man following a burglary during which a man was shot at a North Bellport home early this morning.

A 42-year-old man noticed an unknown vehicle parked in front of his home at approximately 3 a.m. The man briefly spoke with the occupants of the vehicle and then as he returned to his home, two of the occupants exited the vehicle, with at least one pointing a gun at the man’s head, and forced him into the house. Upon entering the home, a struggle ensued between at least one of the suspects, the man and the man’s 21-year-old son, and the 42-year-old man was shot once in the stomach.

The victim was transported by his son to Brookhaven Memorial Hospital Medical Center in East Patchogue where he was listed in serious but stable condition.

The suspects fled the scene and a description of the vehicle was broadcast to patrol units. A short time later, a Seventh Precinct patrol officer located the vehicle on Stuart Road in Shirley. Two of the vehicle’s occupants, who were both described as black males, fled the scene on foot while one was taken into custody.

The investigation is continuing. Detectives are asking anyone with information on this incident to call the Fifth Squad at 631-854-8552 or Crime Stoppers at 1-800-220-TIPS. All calls will be kept confidential.