Senator Brooks listed procedures, conditions and outcomes in the Assessors’ office that have resulted in the urgent need for an audit. 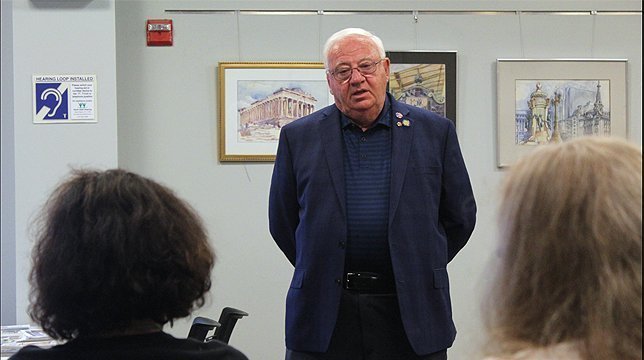 Long Island, NY - December 8, 2017 - Senator John E. Brooks today called for the New York State Comptroller’s Office to conduct an independent and thorough audit of the Nassau County Assessor’s Office.
In a letter to the Comptroller’s Office and also sent to Nassau’s County Executive-Elect, Laura Curran, and Nassau County’s Comptroller–Elect, Jack Schnirman, Senator Brooks listed procedures, conditions and outcomes in the Assessors’ office that have resulted in the urgent need for a long overdue, comprehensive audit:
There are significant questions as to the funding of assessment adjustments on cases where the incorrect assessment value has been used for a real property tax levy.  Senator Brooks introduced legislation (Senate Bill S528, “Nassau County Assessment Correction”) earlier this year, which calls for the correction of an assessment error used for a tax levy to be corrected and funded at the tax district and tax class level of the original tax levy.  This would put an end to the county’s past practice of transferring tax obligations to tax districts and tax classes that were not benefit of the original tax levy.
Senator Brooks said, “The assessment problem in Nassau County has gone on for far too long and has unfairly inflicted many large financial burdens on numerous real-property owners. Now, with looming changes in the nation’s tax laws and the potential elimination or reduction in Long Islanders’ deduction of local taxes, it is more urgent than ever that Nassau County’s assessment process is done accurately and fairly.”