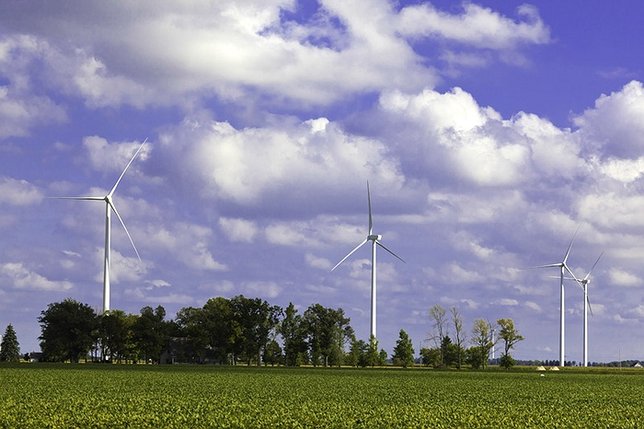 “Wind power here in New York is already growing steadily, reducing pollution and helping to solve the climate crisis,” said Heather Leibowitz, Director of Environment New York. “But we need policies to provide steady support for this clean energy resource to maintain our momentum in the fight against global warming.”

The report, Turning to the Wind, comes as state officials determine how to comply with the Clean Power Plan, the centerpiece of President Obama’s Climate Action that sets state-by-state limits on carbon pollution from power plants and encourages clean energy development. Additionally, last week Governor Andrew Cuomo directed the State Department of Public Service to design and enact a new Clean Energy Standard mandating that 50 percent of all electricity consumed in New York by 2030 result from clean and renewable energy sources, including wind energy.

The analysis is also timed with what’s become an annual tradition in Congress: waiting until the last minute to renew critical tax incentives for clean energy. The credits, which have helped spur wind power’s growth over the last two decades, expired at the end of last year, and any measure to reinstate them must be adopted before Congress adjourns for the year on December 18.

“Renewing tax credits for pollution-free energy will help sustain green jobs in New York and reduce climate-changing carbon pollution,” said Leibowitz. “It’s critical for the future of our economy and our planet that Congress take action in the next seven days.”

The report also showed that renewing tax credits for clean energy sources could spur enough wind development by 2020 to avoid as much as 104.2 million tons of carbon pollution nationwide.

According to the data from the National Renewable Energy Laboratory, approximately 1,800,000 megatons of carbon pollution could be eliminated by 2020 with a moderate growth in wind power in the state. It also shows that as much as 987 MW of additional wind power could go online in New York in the next five years with the right policies in place.

As world leaders meet in Paris to hammer out an international agreement to slash climate-changing emissions, environmental advocates said wind power should play a critical role.

“Regardless of whether you are working on the climate change issue or your passion is local economic development, it is worth your while to take a hard look at wind energy. Wind energy is affordable, reliable and clean, and it doesn’t use fresh water, and so its future is very bright,” said John Kostyack, executive director of the Wind Energy Foundation.

“To avoid the worst impacts of global warming, we need to transition to 100 percent clean, renewable energy,” said Leibowitz, “and that must include doing everything we can to develop abundant, pollution-free wind power.”