A jury convicted Jean of conspiracy to commit mail, wire, and health care fraud on January 31, 2014, after a one-week trial. Jean was sentenced today in Manhattan federal court by U.S. Court of Appeals ... 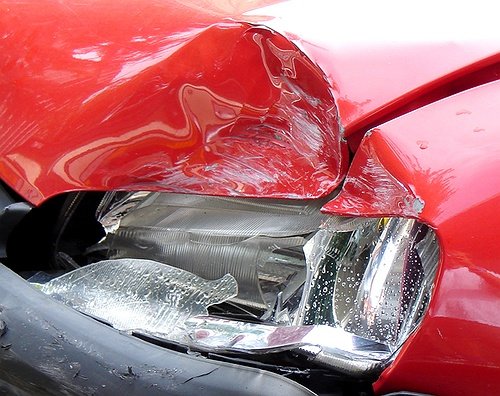 Long Island, NY - December 8, 2014 - Preet Bharara, the United States Attorney for the Southern District of New York, announced that Maxo Jean was sentenced to 10 years in prison for perpetrating a multi-year insurance fraud scheme in which Jean directed co-conspirators to engage in more than 30 car crashes with innocent third parties, and then fraudulently obtained insurance benefits based on unnecessary medical treatments he secured for his co-conspirators following the crashes. A jury convicted Jean of conspiracy to commit mail, wire, and health care fraud on January 31, 2014, after a one-week trial. Jeanwas sentenced today in Manhattan federal court by U.S. Court of Appeals Judge Denny Chin, sitting by designation, who also presided over Jean’s trial.

Manhattan U.S. Attorney Preet Bharara said: “A car crash is an awful experience. Yet Maxo Jean directed others to cause crashes with innocent drivers, just so that he and his co-conspirators could line their pockets. His scheme quite literally added insult to injury for the innocent drivers and the insurance companies he defrauded.”

According to the Indictment and the evidence presented at Jean’s trial and other court proceedings:

From 2006 through 2011, Jean engaged in a scheme to cause more than 30 intentional car crashes in order to fraudulently obtain insurance benefits. Jean orchestrated the scheme by finding cars, recruiting crews of drivers and passengers, and then sending the crews out to hit cars driven by innocent victims. Jean paid the drivers and passengers he recruited, and directed them to crash into cars driven by innocent people so that the supposed “accidents” would appear to be real accidents. Following the crashes, Jean took his co-conspirators to corrupt medical clinics and directed them to submit to unnecessary treatment, including unnecessary surgeries, for their non-existent injuries, so that the treatments could be billed to car insurance companies. Jean encouraged his co-conspirators to submit to treatments that he thought were likely to result in the largest payments from insurance companies, such as unnecessary back and shoulder surgeries. Jean and his co-conspirators then filed fraudulent no-fault insurance claims and insurance claims that fraudulently alleged pain and suffering. The fraudulent insurance claims filed by Jean and his co-conspirators totaled over $1.5 million, of which they succeeded in collecting nearly $600,000 in payments from ten different insurance companies. Jean further profited from the scheme by collecting more than $150,000 in insurance company payouts and in kickbacks from the corrupt medical clinics.

Mr. Bharara praised the outstanding investigative work of the FBI, and thanked the National Insurance Crime Bureau for its assistance in the case.

This case is being handled by the Office’s Complex Frauds and Cybercrime Unit. Assistant U.S. Attorneys Sarah E. Paul and Alexander J. Wilson are in charge of the prosecution.