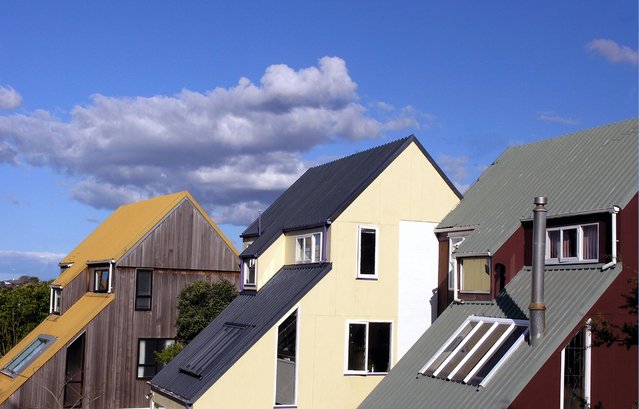 New York, NY - December 7, 2015 - Attorney General Eric T. Schneiderman, New York News Publishers Association, New York Press Association and the New York State Broadcasters Association today announced a joint initiative to crack down on rampant and unlawful advertising of foreclosure rescue scams. Scammers target vulnerable homeowners who are typically in midst of the foreclosure process and are seeking help with mortgage modifications. In recent years there has been a rise in the number of scammers targeting New Yorkers, including an uptick in Deed Theft cases, in which scammers convince homeowners to sign away ownership rights on their homes.

The initiative will help media outlets scrutinize advertisements to identify possible scammers, who often use trusted local outlets as a vehicle to target vulnerable New Yorkers. Dozens of community media outlets are being asked to participate in the voluntary initiative. Copies of the letters sent to media outlets can be found here, here and here.

Nationwide, mortgage rescue scammers have conned $100 million from more than 42,000 homeowners, according to a December 2014 report by the Center for NYC Neighborhoods and the Lawyers Committee for Civil Rights Under Law. New York homeowners have submitted over 2,700 foreclosure rescue scam complaints to the Lawyer Committee for Civil Rights, documenting at least $8.25 million in losses. New York homeowners trail only California and Florida in the number of complaints reported to the Loan Modification Scam Database. Scammed homeowners have frequently reported to the Attorney General’s office and local housing counseling partners that they were lured by ads the scammers placed in local media outlets. The companies that place the ads are often in violation of state and federal laws which require individuals who advertise foreclosure prevention or loan modification services to include specific disclosures in their advertisements.

Attorney General Schneiderman and the Press Publishers and Broadcasters Associations are asking members of their organizations to review ads placed by foreclosure rescue companies to ensure that they comply with state disclosure laws. While the duty to comply with this law is placed on the ads’ producers, the media outlets have an important opportunity to help curtail the spread of foreclosure rescue scams by declining to accept ads that do not include the required language.

On average, each New York victim of a foreclosure rescue scam reported a loss of $4,183 – about $900 more than the national average. Beyond the immediate losses, these scams often result in a domino effect that raises that dollar figure: Homeowners can end up losing tens or even hundreds of thousands of dollars more because their homes fall into foreclosure as a direct result of the scam.

The joint initiative is part of a broad effort by the Attorney General to end the mortgage crisis in New York. In 2012, Attorney General Schneiderman launched the Homeowner Protection Program (HOPP), a network of more than 85 housing counseling and legal services providers who provide free, high-quality representation to families who need help with their mortgage and who are at risk of foreclosure. To date, this network of direct service providers has assisted more than 50,000 New Yorkers.

In December 2014, the Attorney General’s office launched AGScamHelp.com, a web-based app that helps homeowners determine whether a mortgage assistance company has been vetted by a government agency. The app helps homeowners search government-vetted companies, locate nearby HOPP counseling and legal services partners, report scams, and get tips on how to avoid scams. AGScamHelp.com has more than 6600 average weekly users, and more than 112,000 people have used the site since launch. The Attorney General also sponsors a direct hotline which will connect any homeowner to a HOPP direct service provider within 48 hours (1-855-HOME-456).

David L. Donovan President and Executive Director of The New York Broadcasters Associationsaid, “Broadcasters throughout New York State are committed to serving the needs and interests of their communities.  We are happy to voluntarily participate in this program to help educate our viewers and listeners by asking distressed property consulting services to include disclaimer notifications.   We look forward to working with the Attorney General on this campaign.”

Founded in 1955, the New York State Broadcasters Association, Inc., represents more than 400 local television and radio stations throughout the Empire State.  Broadcasters are committed to serving the needs of their local communities. NYSBA helps broadcast stations achieve this mission by working with New York State and federal officials to create a strong and vibrant broadcast system.   NYSBA also offers a variety of professional services to help stations serve their communities.

"It is the mission of every newspaper to inform its readers about news that affects them,” said Diane Kennedy, President of the New York News Publishers Association. “Newspapers strive to foster thriving communities in which all community members can succeed and feel safe. We applaud Attorney General Schneiderman for his work to protect homeowners in communities throughout New York State from criminals who would prey upon those in financial distress to steal their money and their homes. We are pleased to work in partnership with the Attorney General to help prevent these criminals from misleading vulnerable citizens through the placement of advertising that does not meet the standards set by state law."

The New York News Publishers Association is the trade association which represents the publishers of the state's daily newspapers. NYNPA represents its members' interests before state government, produces educational materials used in schools throughout the state, recognizes journalistic excellence through an annual awards contest, assists advertisers in reaching customers through our member newspapers and administers the New York Newspapers Foundation, which provides funding to support literacy projects throughout the State of New York.

“New York’s newspaper publishers are committed to making sure readers get trustworthy and truthful information about important issues,” said Michelle Rea, Executive Director of the New York Press Association. “We are pleased to partner with Attorney General Eric Schneiderman to address the problem of foreclosure rescue scams.”

The mission of the New York Press Association is to promote and encourage higher standards of journalism; to aid and advance the study and teaching of journalism; to encourage and promote a better understanding between the public and the Press; to support and defend the First Amendment, including the free press, realizing that only as long as the press is successful will the other rights, privileges and freedoms of New York's citizens be preserved, and to pursue such goals through its legislative efforts, educational services and promotional  initiatives.