The Knicks came just shy of 10-straight losses before finally getting a win, but the Islanders are in danger of matching that embarrassing feat. 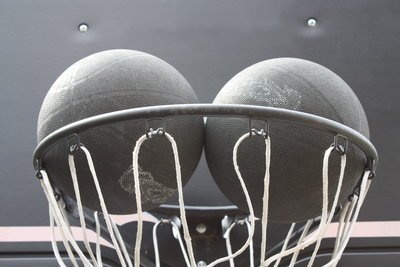 Nets vs. Nuggets
The Nets looked strong early in Tuesday’s matchup against the Nuggets, fresh off a 9-point victory over the Grizzlies. Brook Lopez and Joe Johnson both put up ten points as Brooklyn took a 29-27 lead over Denver in the first quarter.

The two teams traded leads for much of the second quarter, but Ty Lawson led the Nuggets on 10-2 run which resulted in an 8-point edge for Denver entering halftime. Brooklyn got back within 4 in the third quarter before Denver went on another tear, burying the Nets 89-65 heading into the final quarter.

The Nets could only keep pace with the Nuggets in the fourth, ultimately falling by the same 24 point spread on a final tally of 111-87. Denver outscored Brooklyn 31-21 in the second, and 31-15 in the third quarter.

Joe Johnson led the team in scoring with 22 points, followed by Andray Blatche with 15. Lopez and Tyshawn Taylor both shot for 12.

Nets vs. Knicks
The Nets squared off against the Knicks for the first time this season on Thursday; what promised to be an exciting fight for bragging rights in the city at the start of the season was, however, a battle for last place in the Atlantic division.

After getting out to an early lead, the Knicks were ahead by as much as 15 in the first quarter, but Brooklyn went on an 8-0 run to close out the period and enter the second down just 29-23. New York again took command early in the frame, leading by 10 at several points thanks in large part to a revitalized three-point shooting game.

Taking a 50-43 spread into the third quarter, the Knicks went to work on what has been a devastating period for the Nets all season long. Iman Shumpert nailed three threes, helping his team to take a 25-point lead by the end of the quarter. Andrea Bargnani and the Knick bench held the Nets at bay in the final frame, ultimately taking a 113-83 win; the 30-point victory snapped a nine-game losing streak for New York.

Carmelo Anthony led the Knicks with 19 points and 10 rebounds, followed by Shumpert who scored 17 on 5 of 7 from beyond the arc. Bargnani put up 16, Raymond Felton shot for 13, Tim Hardaway Jr. contributed 12, and Amar’e Stoudemire added 11. The team as a whole shot 57% from the field and an even more impressive 59% from three-point territory.

Brook Lopez had a game-high 24 points to accompany 9 rebounds. Johnson was the only other Net to break into double digits, scoring 13 points. The Nets shot under 39.7% from the field and 25% from beyond the arc.

Knicks vs. Magic
The Knicks, who have looked inept even against weaker opponents all season long, continued to find their footing against the Magic last night. Orlando took a 10-point lead early in the first and staved off a late-quarter rally by Bargnani and Shumpert—during which Bargnani sunk two threes—to stay ahead 31-28 entering the second.

The three-point game continued to benefit New York as the team opened the second quarter with 5-straight threes courtesy of their bench. Metta World Peace interrupted the deep ball frenzy to nail a couple of free throws before going back and putting up his second three of the quarter. The Magic fought back and stayed close to the lead, but still trailed 59-54 entering the half.

New York dug in after the break, however, going on an 18-5 run as they eventually outshot Orlando 30-15 in the third quarter. The fourth was even more brutal, with the Knicks outscoring the Magic 32-14 to take a 121-83 win.

Anthony posted another double-double with 20 points and 11 rebounds. Bargnani and JR Smith both scored 17, followed by Hardaway with 15, and Felton with 14. Metta World Peace scored 12, and Iman Shumpert shot for 10. The team shot 53% from the field and made exactly half of their 34 three-point attempts.

Islanders Drop Eight Straight
The Islanders have not won a game since November 16th, but looked ready to snap their losing streak when they took an early edge against the Penguins on Tuesday. Kyle Okposo scored the first goal of the night just under ten minutes into the first period, the slapped in another three minutes later to put New York ahead 2-0.

The lead held for well over a period, with the first Pittsburgh goal coming on a power play in the last 16 seconds of the second period. The power play hurt the Islanders again in the third, as Sidney Crosby snapped in the tying shot 8 minutes through the last frame of regulation. Neither team scored again before the end of the period, but Crosby got his second goal with 1:20 left in OT, stealing the puck from Thomas Vanek and driving past two Islander defensemen to stick it in the back of the net. Anders Nilsson stopped 31 of 34 shots in the 3-2 loss.

If the Islanders could find solace in the fact that they stayed competitive for most of Tuesday night, there was no such comfort to be had in St. Louis on Thursday. The first period was not too disconcerting; the Blues took a 1-0 lead halfway through the frame, but did no further damage. Andrew MacDonald even tied the game on a slapshot early in the second, but it was all downhill from there.

Fewer than two minutes after the MacDonald goal, St. Louis pulled ahead once more on a power play, and scored again shortly thereafter while still a man up. Magnus Paajarvi made it 4-1 on a wrist shot 15 minutes through the period, and Brenden Morrow added another with under seven minutes to go in the third for good measure. Nilsson stopped only 21 of 26 shots in the 5-1 loss.

If the Islanders cannot beat the Kings at 10:30 PM tonight, they will have gone three full weeks since their last win.

Rangers Top Sabres
The Rangers have been alternating wins and losses for the past two weeks; coming off a 5-2 win over the Canucks, the team was hoping to break from that pattern against the Jets on Monday. Mats Zuccarello gave New York an early lead with tip-in 2:49 into the first period, and the Rangers stayed ahead until midway through the second period. Winnipeg tied the score on a Devin Setoguchi snap shot, then went ahead 2-1 10 minutes into the second. Ryan Callahan tied things up again before the period was over.

The score remained 2-2 through most of the third, but the Jets went on a tear in the waning minutes of the game. Olli Jokinen landed a pair of snap shots to double up the Rangers, and Blake Wheeler scored an empty netter to give Winnipeg a 5-2 win. Cam Talbot blocked 25 of 29 in the loss.

After suffering from a late-game onslaught at home, the Rangers headed upstate to face the Sabres on Thursday. It was a low scoring affair for most of the night, with Rick Nash’s wrist shot 17:47 through the first period being the sole goal until midway through the third. Brad Richards made it 2-0 in New York’s favor on a power play, and Zuccarello put them up by 3 with just over 5 minutes to go.

Tyler Ennis put Buffalo on the board with 2:06 left in the game, but it was too little too late. The Rangers won 3-1 as Henrik Lundqvist blocked 27 of 28 shots on goal.

The Rangers will play the Devils next at 7:30 PM tonight, kicking off an extended home stand which will continue against the Capitals at 7:00 PM tomorrow.