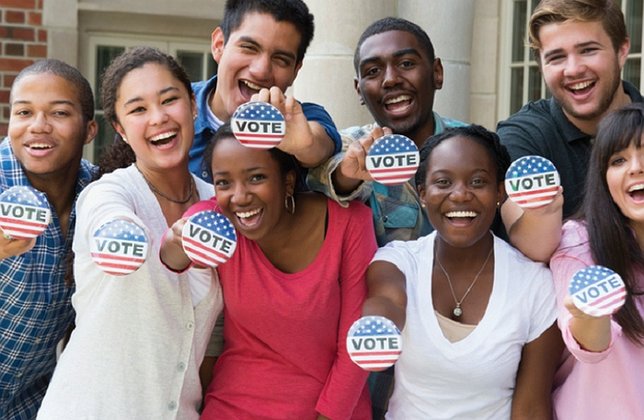 The Attorney General’s office launched the inquiry after receiving a record number of complaints from voters during the primary election. The 1,500 calls to the office’s voter protection hotline during the presidential primary were 10 times higher than any previous election.

“The voting issues we uncovered during the April primary were widespread, systemic and unacceptable,” said Attorney General Schneiderman. “The right to vote is the right that protects all other rights. New York must become a national leader by protecting and expanding voting rights throughout the state.”

To follow up on individual voter complaints, the attorney general’s office contacted eight Boards of Election (BOEs) throughout the state – New York City (which covers Bronx, Kings, New York, Queens and Richmond counties), and Nassau, Suffolk, Westchester, Erie, Onondaga, Monroe, and Albany Counties. After the primary, the Office of the Attorney General sent letters to the BOEs that oversee elections in each of these counties requesting information regarding individual voter registration files, voter registration policies and procedures, and affidavit and absentee balloting information. Investigators also spoke with representatives of the New York State Department of Motor Vehicles (“DMV”) and the New York State Board of Elections.

Results of the Inquiry

An additional 20 percent of complaints involved barriers posed by unwieldy laws, rules, procedures and practices related to the voting process, such as:

The full “Report On Voter Access In The 2016 Presidential Primary” is available here.

To help alleviate these challenges, Attorney General Schneiderman also pledged to introduce the 2017 New York Votes Act, a comprehensive bill to reform the state’s voting systems. The reforms are aimed at simplifying the voting process, boosting voter registration, and expanding voter turnout.  The reforms include:

“Citizens Union is pleased to have Attorney General Schneiderman’s leadership on this important issue to modernize and improve the way New Yorkers register to vote and cast ballots.  New York may not actively seek to suppress voter participation like other states did during this past election but its antiquated system of voting is nothing other than a passive form of voter suppression. Citizens Union has just launched a ten-year campaign to increase voter turnout throughout the state of New York to achieve many of the reforms laid out in the AG’s proposal.  We look forward to working with him.  New York has one of the lowest voter turnout rates in the country in large part due to our old-fashioned voting laws and processes that produce noncompetitive elections. Our election system must focus on modernization by increasing the ways and days New Yorkers have to cast a ballot which  this package of reforms seeks to do”, said Dick Dadey, executive director of Citizens Union, a New York City based democratic reform civic group.

“New York is consistently at the 'bottom of the nation's barrel' in voting participation.  That lousy ranking demands a policy response.  NYPIRG applauds the Attorney General's effort to push Albany to act.  New York needs to be the nation's engine in voter participation, not its caboose,” said Blair Horner, executive director of the New York Public Interest Research Group (NYPIRG).

“Voting in New York should be as simple as possible, but our outdated system makes it difficult for many to even get registered. Automatic voter registration has the potential to add a million eligible New Yorkers to the rolls, and implementing it at agencies beyond the DMV would make our state a nationwide leader. And, restoring the right to vote to individuals on parole would not only give 40,000 New Yorkers a second chance to contribute to our society, but also make it much easier to administer our elections,” said Jennifer L. Clark, Counsel for the Democracy Program at the Brennan Center for Justice. “The Brennan Center applauds the Attorney General for his leadership in helping bring New York State's elections into the 21st century.”

“The success of our democracy depends on one person one vote. Citizen Action thanks the AG for his report, and urges the Governor and legislature to enact voting reform so that we reduce the barriers to voting and increase voter participation in New York,” said Ivette Alfonso, President of Citizen Action of NY.

“Attorney General Schneiderman's review of the laws, policies, and practices that govern our voting process is crucial to understanding the weaknesses in the system and the steps we need to take to ensure integrity and fair access to this most basic aspect of our democracy,” said Assemblymember Brian Kavanagh, who sponsors bills that would enact many of the reforms the Attorney General recommends. “We must reject the idea that the problems identified in this report are inevitable, and work to improve and modernize every aspect of the system—and remove unnecessary impediments—from the moment an eligible voter seeks to register until all votes are counted and the results are verified. I look forward to working with the Attorney General, my colleagues in the legislature, and many other New Yorkers who are committed to this vital effort.”

“For one reason or another, voter participation has dropped over the years to levels that are very concerning,” said Assemblymember Brennan (D-WF, Brooklyn). “This year, the Assembly passed one of my bills, A.3874, which would eliminate the current requirement that a voter must satisfy one of the excuses included in the State Constitution to receive an absentee ballot. Once these excuses are eliminated, a system can be created that permits voters to vote by mail. This bill provides voters, who find it difficult to physically appear at their polling location, the opportunity to ensure their ballot is counted on Election Day. With this measure, we hope to increase voter interest in elections and encourage more individuals to exercise their fundamental right to vote.”

“My office has never received as many complaints about Election Day operations as we did this year. My constituents experienced every hassle imaginable: long lines, broken scanners, a lack of supplies, even pollworkers furnishing incorrect information,” said Assemblymember Dan Quart. “While the Board of Elections should certainly improve their performance on Election Day, it is undeniable that we need to simplify and streamline the voting process to eliminate the importance of Election Day. Early voting is one important piece of this puzzle - when New Yorkers can vote on their own schedule, Election Day will operate much more smoothly for those who choose to go to the polls that day. I applaud all of my colleagues who have joined me in calling for policies that will improve our election system for all voters.”

“We need to better protect the right of everyday citizens to participate in their government through nominating candidates and voting,” said Assemblyman Thomas J. Abinanti.

“I am happy to stand with Attorney General Schneiderman on reforming the Board of Elections and the automated voting process and procedures,” said Assemblymember Latrice Walker. “Issues such as these are why I introduced ‘The Modernized Voter Registration Act (A.8626)’ – an omnibus bill that comprehensively protects the right to vote in New York.  I am proud to stand with the Attorney General’s office championing these reforms.”

“Early voting increases citizen involvement and turnout in elections,” said Assemblymember Peoples-Stokes. “Exercising the right to vote should not be burdensome for New Yorkers. The early voting measure proposed in bill (A3117) will allow voters to cast a ballot in person prior to Election Day.  Over the years Election Day has created a challenge for many voters at the polls ranging from long lines, wrong polling sites and/or faulty machines. I applaud Attorney General Schneiderman in supporting New York State’s early voting initiative. I look forward to New York keeping pace with the rest of the country in providing early voting.”

"A critical element in the success of our form of government is that voting be made accessible to foster the widest possible participation," said Assemblymember Colton. "Providing translation in the primary speaking language to large populations that speak English as a second language will encourage the largest number of voters. We need to make every effort to facilitate voting and translating voting materials in a bilingual manner will help accomplish that goal."

“Attorney General Schneiderman’s findings come as no surprise. The anger and frustration in the voice of an active voter who for one reason or another cannot cast a ballot is palpable, and it’s becoming a regular occurrence for my office; I can only imagine the nature of the calls and emails to AG Scheiderman’s office. We have to make changes. We have to give voters every opportunity to participate in our Democracy. I look forward to working alongside AG Schneiderman as he pursues the necessary reforms to help guarantee a New Yorker’s fundamental right to vote,” said Senator Martin Malavé Dilan.

“As elected officials we must protect one of our most sacred pillars of democracy, the right to vote,” said State Senator Leroy Comrie. “After an intense election season that saw many irregularities around the county and here in our state, voting reform is more critical than ever. As ranking member of the Elections Committee, I will work alongside Attorney General Schneiderman, my colleagues in government and the advocates to increase ballot access for all New Yorkers. It is our duty to empower voters--to not do so is akin to silencing them.”

“New York is one of the worst states for voter participation in the country and that needs to change. In many instances, New Yorkers move to other counties across the state and fail to transfer their voter registration and forget to re-enroll in their new voting district,” said Senator David Carlucci. “My bill, S.858, aims to make voting easier in New York by transferring voter registration and enrollment wherever someone moves in the state. By making the voting and registration process simpler, I believe that more New Yorkers will feel encouraged to vote.”

"It is imperative that we continue to urge members of our community to uphold their civic duty and vote during each election. Unfortunately, chronic problems with our voting apparatus appear to be worsening each election cycle. I thank the Attorney General's office for taking New Yorkers complaints seriously, and calling for reforms to our electoral system that include legislative measures that I currently have before the State Senate.  I look forward to working with Attorney General Schneiderman and my colleagues in the Legislature to ensure these reforms are enacted into our laws this session,” said Senator Kevin Parker.