Governor Cuomo announced that New York intends to sue the EPA and challenge its decision to designate the eastern Long Island Sound as a permanent disposal site. 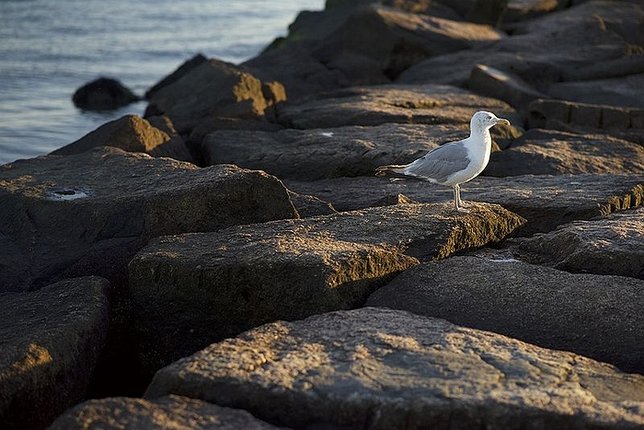 Long Island, NY - December 6, 2016 - Governor Andrew M. Cuomo today announced that New York intends to sue the United States Environmental Protection Agency and challenge EPA's decision to designate the eastern Long Island Sound as a permanent disposal site for dredged materials. In a letter filed today, New York informed the federal government that the EPA's designation of the eastern Long Island Sound as a disposal site is a direct violation of the designation criteria outlined in existing federal law, referred to as the "Ocean Dumping Act."

"As I have said time and again, New York is deeply concerned with the EPA's efforts to designate a permanent dumping site in the eastern part of the Long Island Sound," Governor Cuomo said. "Continuing to use this precious economic and ecological resource as a dumping ground is unacceptable and -- on behalf of current and future generations of New Yorkers -- we intend to fight this decision using any and all legal means."

New York's notice of intent to sue comes on the same day as the EPA's publication of its final rule designating the disposal site. The State must now wait 60 days from the date of the letter before filing a legal claim against the EPA under the Ocean Dumping Act.

New York Secretary of State Rossana Rosado said, "I commend Governor Cuomo for this action to prevent the disposal of dredged material in the Eastern Long Island Sound. We remain committed to protecting these waters, which serve many New Yorkers in so many ways."

Department of Environmental Conservation Commissioner Basil Seggos said, "Long Island Sound is an essential economic and environmental treasure in New York and one in which the state has invested billions to restore. DEC commends Governor Cuomo's resolve in ensuring this vital estuary is not turned into a dumping ground."

In 2005, New York State called for, and EPA subsequently established, a regulatory goal of reducing or eliminating dredged material disposal in the open waters of the Long Island Sound. The EPA's plan to allow new dumping sites in eastern Long Island Sound contradicts this agreement.

According to an examination conducted by the New York Departments of State and Environmental Conservation, the EPA has not sufficiently considered the cumulative effects of dumping dredged materials into the Sound, did not prioritize alternatives to open water dumping, and didn’t go far enough in analyzing other existing and available disposal sites.

New York also maintains that increasing the volume of open-water disposal of dredged materials, and the number and availability of open water disposal sites, is inconsistent with public investment and policies that are already in place aimed at restoring the Long Island Sound. Further, the EPA has not been responsive to the State's concern about the sediment testing and its reliability and has made insufficient assurances that the dredged material will not have a negative impact on the environment.