The Gold Coast International Film Festival is excited to announce the first three of their upcoming films for the Winter 2015 Furman Film Series being held at the Bow Tie Squire Cinemas, 115 Middle Neck ... 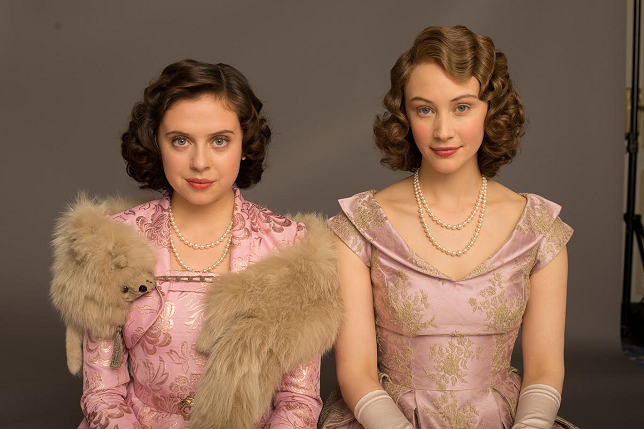 Great Neck, NY - December 1, 2015 - The Gold Coast International Film Festival is excited to announce the first three of their upcoming films for the Winter 2015 Furman Film Series being held at the Bow Tie Squire Cinemas, 115 Middle Neck Rd, Great Neck, NY 11021. The Series--which is dedicated to previewing the best new independent films and studio releases, along with Q&A’s from filmmakers and a wide array of industry professionals--will kick off this Wednesday, December 2nd with a screening of A Royal Night Out starring Sarah Gadon (The Amazing Spider Man 2, Dracula Untold) and Bel Powley (Diary of a Teenage Girl) and continue Wednesday, December 16th with 45 Years and Wednesday, January 6th with In the Shadow of Women! (Full List of Films Below)

A Royal Night Out
Wednesday, December 2nd
Directed by: Julian Jarrold. UK, 2015, 97 min.
Starring: Sarah Gadon, Bel Powley, Rupert Everett and Emily Watson
It’s Victory in Europe Day in 1945, and while the King and Queen of England (Rupert Everett and Emily Watson) prefer to observe the end of the Second World War as solemnly as possible, Princesses Elizabeth (Sarah Gadon) and Margaret (Bel Powley) are quite eager to participate in the revelry in the heart of London. Never before allowed to roam freely about in public, each girl is given a disguise, a chaperone, and a curfew. However, the girls quickly ditch their disapproving mother’s itineraries for an unforgettable night of adventure, drinking, and romance in this engaging film that is humorous, touching, and always very entertaining.
Official Selection - 2015 Hamptons International Film Festival (Winner Breakthrough Performer Award for Bel Powley)
“Sarah Gadon, Jack Reynor and Bel Powley charm in this brightly entertaining slice of imagined Royal Family history.” – Variety
“Genuinely warm-spirited, with three lovable central performances.” – The Telegraph 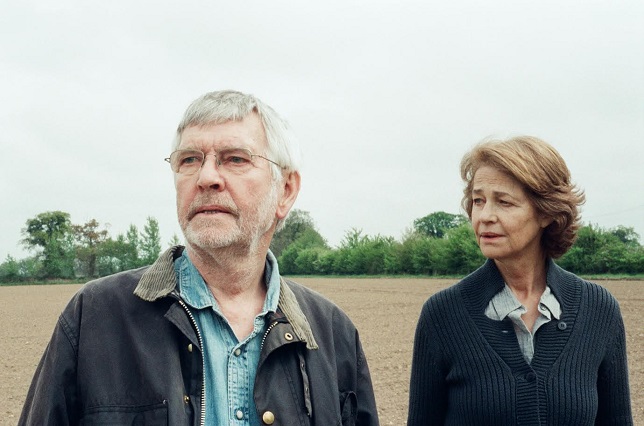 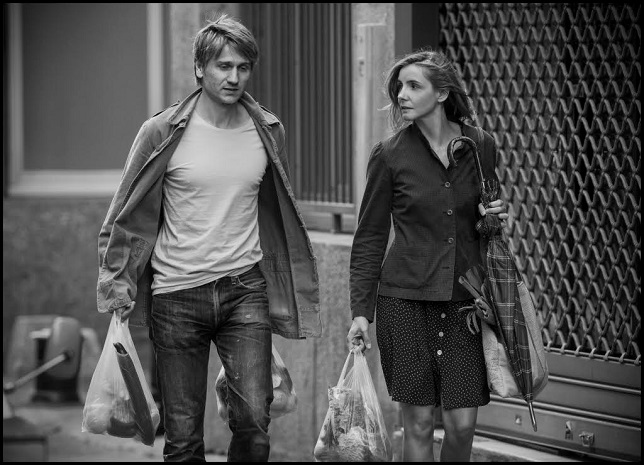 In the Shadow of Women stars Jean Pommier and Lena Paugam.

In the Shadow of Women
Wednesday, January 6th 2016
Directed by: Philippe Garrel. France, 2015, 73 min. In French with English subtitles.
The new film by the great Philippe Garrel (Regular Lovers, Jealousy) is a close look at infidelity—not merely the fact of it, but the particular, divergent ways in which it’s experienced and understood by men and women. Stanislas Merhar and Clotilde Courau star as Pierre and Manon, a married couple working in fragile harmony on Pierre’s documentary film projects, the latest of which is a portrait of a Resistance fighter (Jean Pommier). When Pierre takes a lover (Lena Paugam), he feels entitled to do so, and he treats both wife and mistress with a disengagement bordering on disdain. However when Manon catches Pierre in the act, her immediate response is to find common ground with her husband. Garrel is an artist of intimacies and emotional ecologies, and with In the Shadow of Women he has added narrative intricacy and intrigue to his toolbox. The result is an exquisite jewel of a film.
“Exquisite” – Variety
“Elegantly engaging! Effortlessly evokes the world of Eric Rohmer and Francois Truffaut” – Screen International
“A work of considerable feeling and intensity.” – The Hollywood Reporter
Official Selection – Cannes Film Festival (Directors’ Fortnight)
Official Selection – Toronto International Film Festival
Official Selection – New York Film Festival

With an outstanding reputation of showing some of the best new independent features and studio releases, this year’s Winter Furman Film Series is sure to keep you warm with excitement in the coming Winter months at Bow Tie Squire Cinemas, 115 Middle Neck Rd, Great Neck, NY 11021!

More About the Gold Coast Arts Center:
The Gold Coast Arts Center is a 501(c)(3) organization dedicated to promoting and supporting the arts through education, exhibition, performance and outreach. For over 20 years we have brought the arts and arts in education experiences to tens of thousands of people throughout our region through our 1) School for the Arts, which offers year-round classes in all visual and performing arts to students of all ages and abilities, (2) Free public art gallery, (3) Concert and lecture series, (4) Outreach programs, which each year bring artist residencies, after-school programs, school assemblies, teacher training workshops and parent-child workshops to students, senior citizens, teachers and others in underserved communities throughout our region, (5) Year round film screening and discussion series and (6) Gold Coast International Film Festival, now in its 4th year. The Arts Center is an affiliate of the John F Kennedy Center for the for the Performing Arts: Partners in Education Program and National Gallery of Art, both located in Washington DC.