This marks the first time in nearly two decades that Long Island-based ECOs have utilized K-9 officers as part of their protective force.

This marks the first time in nearly two decades that Long Island-based ECOs have utilized K-9 officers as part of their protective force. 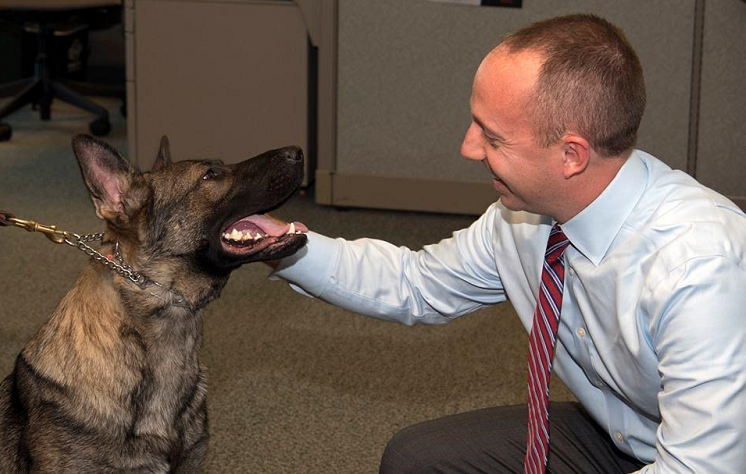 The German Shepherd has been named “Cramer” in honor of a fallen Game Protector (GP) William T. Cramer. Game Protectors were the predecessors of today’s Environmental Conservation Police Officers (ECOs) in New York State. GP Cramer was fatally shot at the age of 42 on September 28, 1929, after attempting to apprehend illegal bird hunters while patrolling Idlewild Woods near present day JFK Airport.

In recognition of Game Protector Cramer’s unwavering sacrifice and devotion to duty, his name was added to the fallen officer’s memorial wall in Albany during the Police Officers Remembrance Ceremony on May 5, 2015, nearly 86 years after his passing. ECOs and elected officials held a ceremony on October 12, 2015 at Pinelawn Cemetery to honor GP Cramer’s memory. 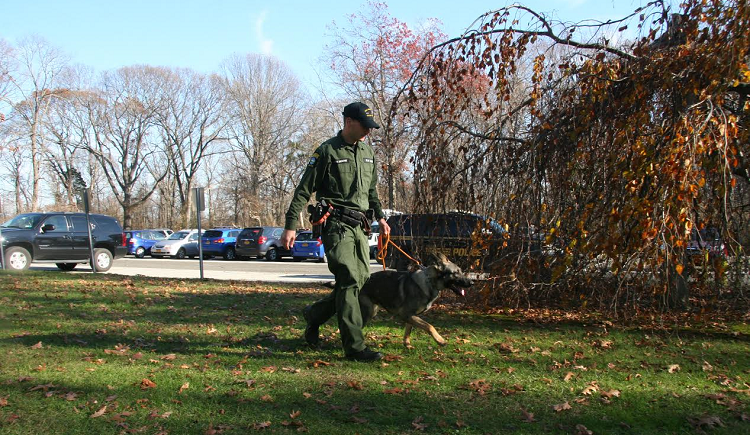 Pictured is ECO Chris DeRose (handler) and K-9 “Cramer" on Dec. 2, 2016 in Stony Brook in attendance for the live demonstration event at the DEC Regional office. Photo courtesy of NYS DEC.

“Cramer” will help find illegally taken fish and wildlife, locate spent shell casings during criminal investigations, and work to track and locate environmental law offenders. DEC’s K-9 force assist in the apprehension of game violators and are trained to detect a variety of wildlife species, such as venison, wild turkey, trout, bass, and perch. 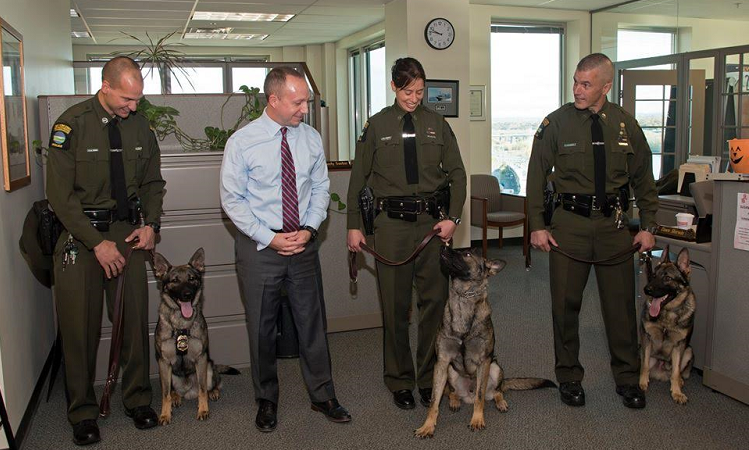 In addition to environmental police duties, Cramer may be called upon to help other agencies across the state in everyday police work. 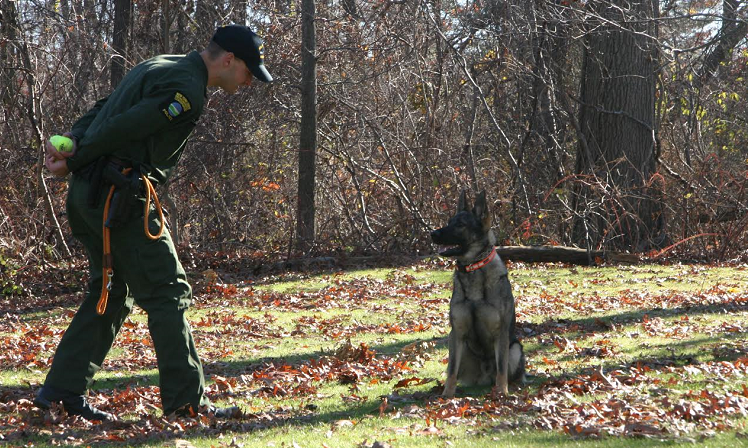 What: ECO DeRose and “Cramer” will give a live demonstrations of the environmental police work he will be doing on a daily basis.

Directions: (I-495) to exit 62 North, onto Nicolls Road (Rte. 97) for 9 miles. Turn left into the North Entrance of the university, make a left at the top of the hill and turn right into the first driveway, which is the Region 1 office entrance. 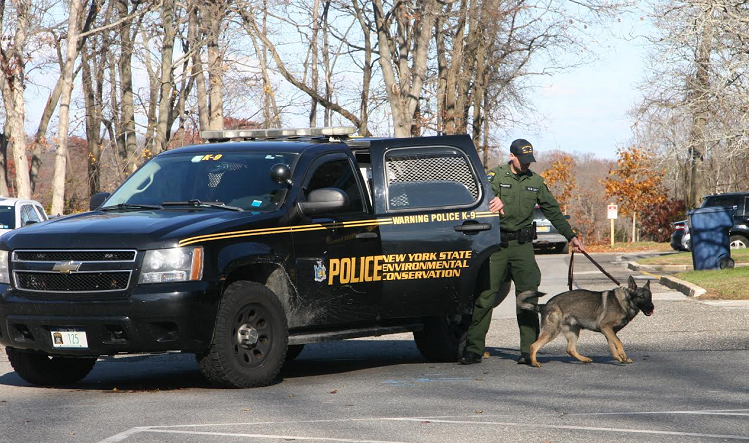