Animal rescue group is working to relocate military pets in the Middle East to America. 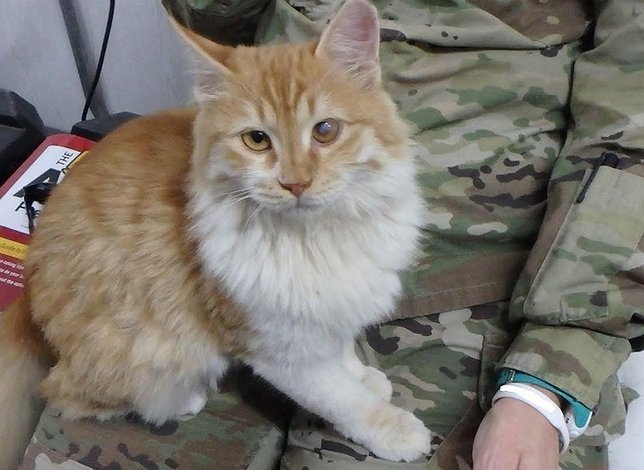 Photo by: Guardians of Rescue.

Smithtown, NY - November 30, 2016 - There are thousands of American soldiers who are serving in the Middle East. Many of them find stray cats and dogs which become their pets. They create bonds, as the soldiers all chip in to care for the adopted pets. Now, those relationships are in jeopardy, because the pets hanging around military bases in the Middle East have been dubbed as “pests” by the Middle Eastern local authorities, and there are plans for their extermination. The soldiers, wanting to save their beloved pets, reached out to Guardians of Rescue to see if they could help relocate them back to America where they will be waiting for them when they return.

"These dogs and cats have become pets to our soldiers and they want to bring them home,” stated Robert Misseri, founder and president of Guardians of Rescue. “We plan to rescue them and bring them back to America, where they can live out their lives in loving homes.” 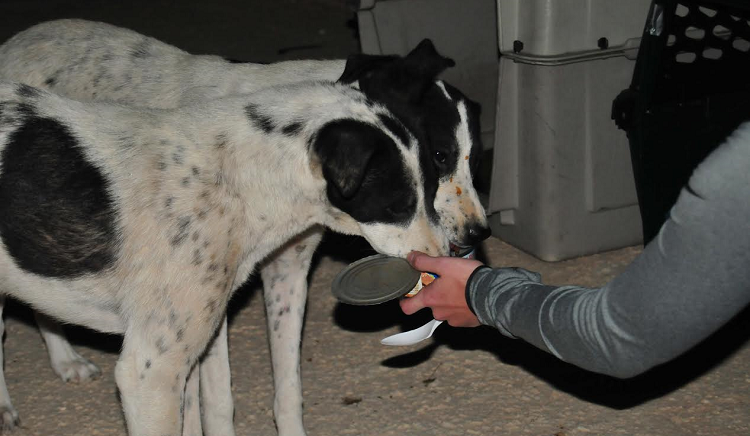 Pictured is Lilly and Rose. Photo courtesy of Guardians of Rescue.

Guardians of Rescue is on a mission to: Save the two cats, one kitten, and two dogs, who have been cared for by American soldiers and who have bonded with them. These pets have brought smiles and companionship to the soldiers they live with, and deserve better than a death sentence. The dogs, Lilly and Rose, are called The Twins, and have been cared for by our soldiers in a collaborative effort. They have recently been moved to a temporary location to keep them protected until Guardians of Rescue can obtain them to bring back to America.

Our military members often can’t get the pets to the airport, although they would like to, because it would be too dangerous. The organization will fly to the Middle East, assume the risks involved in the mission, and obtain the pets from the military bases. They will then bring them back to America, to help the soldiers keep their beloved pets safe.

Guardians of Rescue will be bringing the five military pets back to America from the Middle East. As such, they will incur travel and transport expenses. They may also incur training expenses once they come to America. The group is seeking donations to help cover the cost of the mission to help relocate these soldiers’ pets.

The pets are stress relievers for the soldiers, and they are willing to help lead them to safety. The pets have brought joy to the soldiers, and according to the Centers for Disease Control and Prevention, pets can decrease your blood pressure, cholesterol levels, feelings of loneliness, and more, making them an important part of our soldiers’ lives. 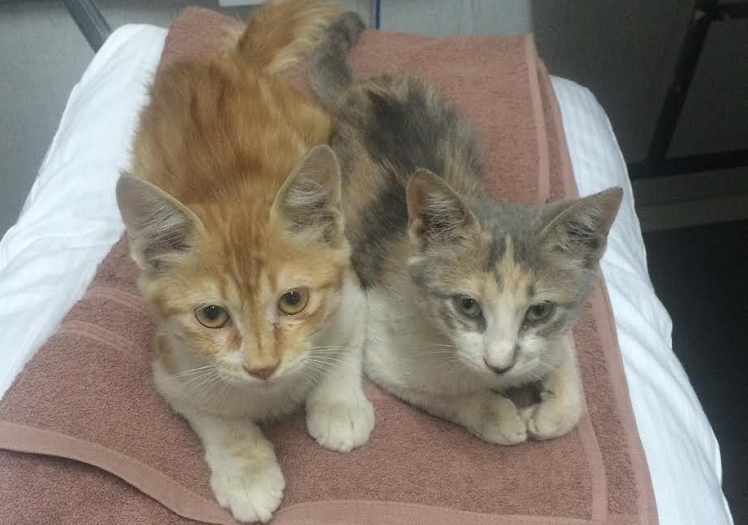 Pictured is Jack and Tracy. Photo courtesy of Guardians of Rescue.

The two cats that are being rescued from the Middle East are Jack and Tracy. They are the last two of their litter to survive. They were saved by a joint effort from Major Tracy of the US Army, and Captain Jules from the UK. Without them, both cats would have died from infection and illness, one of which, sadly, has left Jack blind in one eye.

The kitten that is being rescued is Majnoon, whose life was saved by SFC Melanie of the US Army. Like Lilly and Rose, Majnoon is currently at high risk of being trapped and killed, as traps have already been laid out in the area where she lives. Without our help to get this innocent little girl back to SFC Melanie's family, it is a death sentence.

“These may have been strays in the Middle East, but they befriended our soldiers and brought them joy. Our mission is to rescue animals, especially when they are pets of our soldiers,” added Misseri. "But we can’t do it alone. We need the financial assistance of the community in order to help make it happen. Together, we can help these soldiers’ pets stay alive and go on to thrive.”

The community can assist GOR by watching out for animals in need and contacting the organization when they see those in distress. Guardians of Rescue provides assistance to animals out on the streets, helping to rescue them, provide medical care, food and shelter, and find foster-home placements.. They are also instrumental in helping military members with their pets, and to provide service dogs to veterans suffering from post-traumatic stress disorder. To learn more, get involved, or to make a donation to support the Guardians of Rescue, visit online.

About Guardians of Rescue
Based in New York, Guardians of Rescue is an organization whose mission is to protect the well being of all animals. They provide aid to animals in distress, including facilitating foster programs, rehabilitation, assisting other rescue groups, and providing support to families, both military and not, who need assistance due to economic factors. To learn more about Guardians of Rescue, visit: www.guardiansofrescue.org.