The Third Squad is investigating a Larceny that occurred on Friday, November 13, 2015 at 1:08 pm in Carle Place. 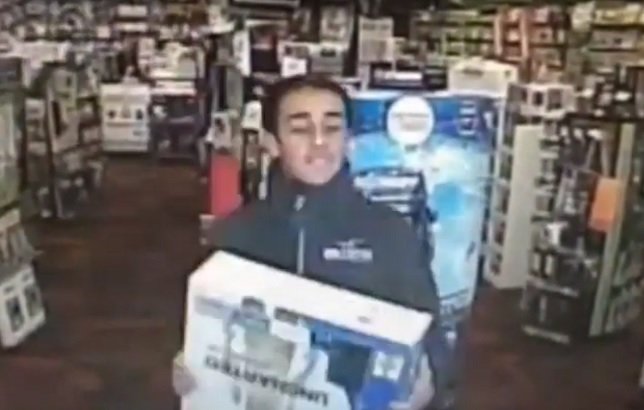 Teen from Wyandanch arrested in connection to Play Station 4 theft at Game Stop in Carle Place.

Update - November 30, 2015 - The Third Squad reports the arrest of Odir Escalante, 16, of Wyandanch in connection with the above incident. The defendant surrendered himself to detectives and was subsequently placed under arrest.

Escalante is charged with Petit Larceny, was released on an appearance ticket and is due in First District Court, Hempstead on 12/08/2015.

According to Detectives, a male entered Game Stop located at 207B Glen Cove Road and while distracting the clerk, grabbed a Play Station 4 and fled scene in an unknown direction out the front door.  The subject observed on surveillance video (see attached) is described as Hispanic, medium complexion, late teens –early twenties, wearing a blue Hollister sports zip jacket and dark blue Adidas track pants.