The new memorial will honor all of the victims of the September 11th attacks. 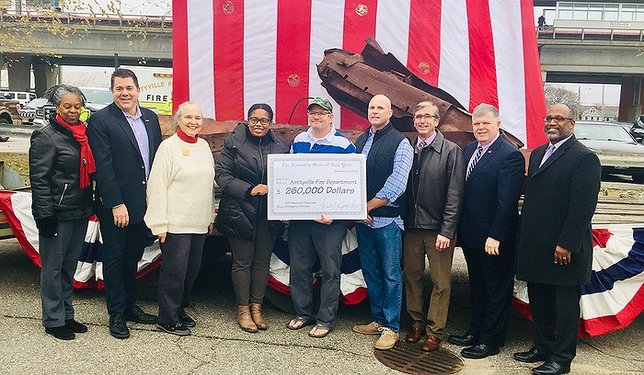 Amityville, NY - November 28, 2018 - Assemblywoman Kimberly Jean-Pierre recently attended a groundbreaking ceremony for a new September 11th Memorial Plaza which will be constructed next to the Amityville Fire Department.
Jean-Pierre helped secure a New York State capital grant in the amount of $260,000 for the department, which will help fund the construction of the memorial as well as the acquisition of several new emergency vehicles.
The groundbreaking ceremony took place prior to the annual ‘Peter 5K,’ a run held in honor of the late Peter O’Neill, Jr., a former Amityville Village resident whose life was lost in the September 11th attacks. The new memorial will honor all of the victims of the September 11th attacks including O’Neill and the late Louise Lynch, who was also a resident of Amityville.