Governor Cuomo announced the Taste NY initiative has surpassed his goal of doubling gross sales of participating businesses in 2016. 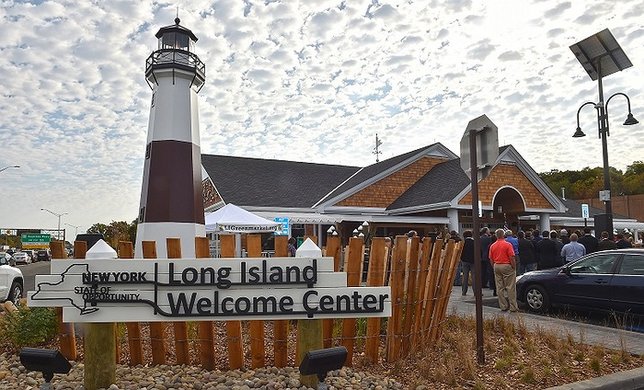 More than $10.5 million in sales to date in 2016 through Taste NY stores, concessions and events; sales exceed Governor's ambitious State of the State goal.

Albany, NY - November 28, 2016 - Governor Andrew M. Cuomo today announced the Taste NY initiative has surpassed his goal of doubling gross sales of participating businesses in 2016. In less than one year, total gross sales of New York products from Taste NY stores, concessions and events have jumped from approximately $4.5 million in 2015 to more than $10.5 million to date in 2016. The increase in sales reflects the growing consumer demand for local products, which supports New York’s agriculture industry and small businesses.

"Taste NY shines a light on New York’s world class food and beverages, and this milestone demonstrates the continued and growing demand for locally made and homegrown goods," Governor Cuomo said. "By promoting these great New York products, we are helping to support local farms and businesses, create jobs and increase economic growth across New York. With the holiday season still ahead of us, the Taste NY initiative is poised to have an even greater 2016.”

In this year’s State of the State address, Governor Cuomo set an ambitious goal of doubling Taste NY’s 2015 sales figures, from $4.5 million to $9 million, in order to continue strengthening New York's growing food and beverage industry and provide a platform for the State’s agribusinesses to market their products. This plan included the addition of four new Taste NY stores and Cafés and two new Taste NY Bars, established several new partnerships, increased marketing opportunities for vendors at special events, and strengthened connections to consumers across the globe.

The Market’s opening followed the launch of several unique Taste NY Café/Bistro and Store locations across the State, created to spotlight agriculture and promote tourism. In September, a new Taste NY Bistro opened at the Javits Center in New York City. In addition, the Lock E-13 Living History rest area in the Mohawk Valley opened to travelers this summer and includes a new Taste NY store.

In May, the Governor cut the ribbon on the new State Parks renovation project at Jones Beach, which included a Taste NY Café. The Café in the West Bathhouse is one of the busiest Taste NY locations in the state, with more than 6 million people visiting Jones Beach seasonally, and features products from more than 30 different food and beverage producers located in nearly every region of New York, including Long Island.

Taste NY Partnerships
In 2016, the Governor also announced Taste NY’s partnership with Amtrak to bring New York-made products to travelers both in- and out-of-state, and those visiting from across the globe. Through this new pilot program, New York food and beverage items are available on the snack cars of 13 New York trains. Amtrak estimates that approximately 1 million passengers travel these routes annually. Taste NY also partnered with Niagara Falls State Park to feature locally-made products throughout the park and at its Top of the Falls Restaurant.

Events/Concessions
Each year, Taste NY participates in 40 to 80 events, where attendees can sample local products, learn about local brands, and purchase New York-made food and beverages. These events range from a very popular Taste NY Marketplace at the Great New York State Fair to the first-ever Taste NY presentation at the Barclays Golf Tournament at Bethpage State Park, which promoted dozens of New York farms and producers during the four-day PGA event.

The pop-up Taste NY Café at the Barclays Tournament builds on the successful concession partnerships forged in 2016 with major venues and sports arenas like Barclays Center in Brooklyn and Nikon at Jones Beach Theater. The Taste NY Bar at Barclays Center, home to Brooklyn Nets and the New York Islanders, offers a full selection of New York wine, beer, spirits and cider from across the State to the arena’s approximately two million visitors annually. Taste NY also partnered with State Parks and the premier live entertainment company, Live Nation, to promote New York’s growing craft beverage industry through the launch of a second Taste NY Bar at Nikon at Jones Beach Theater.

State Agriculture Commissioner Richard A. Ball said, "New York has some of the most unique and diverse food and beverages in the world, made with ingredients grown and produced by New York farmers. I couldn’t be happier to see that consumers from across the globe are taking notice and responding to the Taste NY brand to support New York homemade products. The program has really taken off this year and I don’t see a limit to our potential success in providing exposure for these terrific businesses who are making for a more robust agricultural industry and helping to grow New York’s economy."

Dean Norton, New York Farm Bureau President, said, "Products grown and made by New York’s farmers are second to none, and the success of the Taste NY program highlights the growing consumer interest in what our farmers have to offer. As marketing efforts increase, we are confident that farmers across the state will meet the growing demand. This will not only give consumers what they’re looking for but also support the rural farm economy."

Ryan Fleischhauer, Owner of Horseshoe Brand, said, "Our experience with Taste NY has been pleasurable and productive to say the least. Not only have we been invited to numerous Taste NY events to exhibit our products, but we have forged strong relationships with Taste NY stores as well. We would fully recommend any other New York businesses to get involved with Taste NY to gain recognition of their own product line."

Barry Moore, Owner of JNB Foods in Albany, said, "The Taste NY platform has been a huge benefit in branding New York companies here in New York and abroad. Taste NY has a distinction of healthy, high-quality products that are made with pride. We are proud to promote that we are ‘Delicious, Nutritious, Gluten-Free’ and a Taste NY company that is also a Veteran-owned family business."

Anthony Benti, Owner of Bent’s Fresh Bread, said, "Taste NY’s commitment to providing the people of New York quality, local products is something that I am very proud to be a part of. I am extremely excited about the future opportunities that will come."

About Taste NY
Taste NY is an initiative launched by Governor Cuomo in 2013 to promote New York’s food and beverage industries. It is overseen by the Department of Agriculture and Markets and has created opportunities for local producers to showcase their goods at large public events, such as the Great New York State Fair and the Barclays Tournament at Bethpage State Park.

Since its launch in 2013, the Taste NY initiative has seen steady growth and recognition. The program reported sales of $1.5 million in 2014 and tripled those figures to $4.5 million in 2015. Today, New York products sold under Taste NY branding are available in more than 60 locations throughout the State as well as the New York State Office of Trade and Tourism in San Juan, Puerto Rico. Every month, the Taste NY program receives information from, on average, 30 New York food and beverage businesses interested in taking part in the Taste NY initiative and its events.