Schneiderman: Immigrants should take precautions to avoid being victimized by scammers. 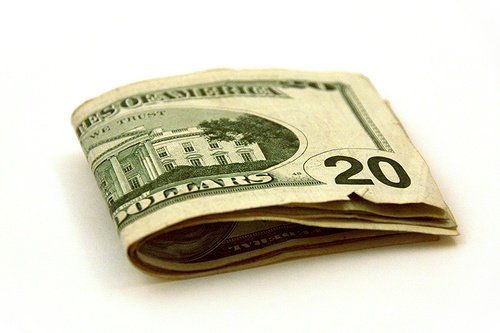 Long Island, NY - November 25, 2014 - In the wake of President Obama’s executive action on immigration, Attorney General Eric T. Schneiderman today issued a consumer alert warning undocumented immigrants to beware of potential scammers offering immigration services. It is estimated that the president’s executive action will impact an estimated five million individuals, by expanding the population eligible for the Deferred Action for Childhood Arrivals (DACA) program to young people who came to this country before turning 16 years old and have been present since January 1, 2010, and extending the period of DACA and work authorization from two years to three years.  In addition, the new executive order will allow parents of U.S. citizens and lawful permanent residents who have been in the country since January 1, 2010, to request deferred action and employment authorization for three years, in a new Deferred Action for Parental Accountability program, provided they pass required background checks.  In addition, the order will expand the use of provisional waivers of unlawful presence to include the spouses and sons and daughters of lawful permanent residents and the sons and daughters of U.S. citizens.

"I welcome President’s Obama Executive Order, which will provide millions of undocumented immigrants the opportunity to come out of the shadows and stop living in fear,” Attorney General Schneiderman said. “Unfortunately, we know that following past changes in immigration policy, scammers have been quick to seize on moments of reform to take advantage of desperate families seeking a pathway to citizenship. My office is warning immigrant communities to do their homework and not to fall victim to unscrupulous individuals making promises they can’t keep."

New York City Council Speaker Melissa Mark-Viverito said, "President Obama's administrative relief announcement is great news for thousands of New Yorkers and we now must make sure that those immigrants who are covered are protected from costly scams and fraud. I commend Attorney General Eric Schneiderman for looking out for the rights of immigrants and look forward to working with the Attorney General's office to protect New Yorkers."

Attorney General Schneiderman has taken action to shut down fraudulent immigration services providers that have engaged in the unauthorized practice of law, made false promises of citizenship, and took payments for services that they did not provide. Attorney General Schneiderman shut down two organizations that engaged in such fraud and secured $2.2 million in restitution for victims.

Attorney General Schneiderman warned that, since the president’s executive action will only impact a fraction of the estimated 12 million undocumented immigrants living in the United States, anyone seeking to change their immigration status should consult with an authorized immigration services organization to find out if they qualify.  Such consultation services are often available for free. Unauthorized immigration service providers can not only cost victims thousands of dollars, but can also negatively impact victims’ chances of adjusting their immigration status as a result of lost documents, or improperly filed paperwork.  In addition, the Attorney General noted that President Obama’s recently announced initiatives have not yet been implemented and the public should take steps to verify whether these new actions have gone into effect before taking steps to submit applications to USCIS.

For more information on the president’s executive action, including guidelines, forms and timelines, please click here.

To find a licensed attorney in the State of New York, visit the New York State Bar Association or the American Immigration Lawyers Association.

If you think you've been the victim of an immigration services fraud scam, contact the Attorney General Schneiderman's Immigration Fraud Hotline at 1-866-390-2992. Our office will not inquire about your immigration status or share your information with anyone, including other government entities.