Jets Blown out in Baltimore, Nets Crumble in Washington

The Rangers were once again one of the few bright spots in a weekend full of losses for New York. 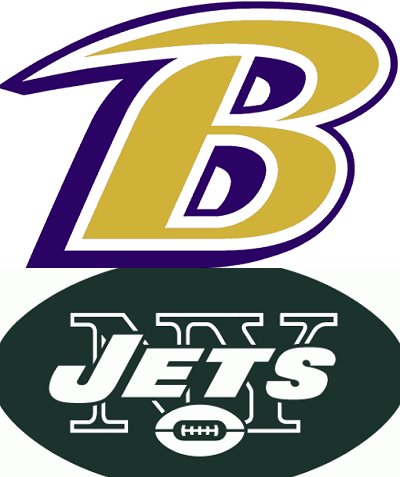 Jets Picked Apart by Ravens
The Jets have been alternating wins and losses through the entire season, and if that pattern were to continue they would have had to beat the Ravens in Baltimore yesterday afternoon. Though they failed to convert on 3rd and 1 in their first drive of the day, New York still looked like they stood a strong chance on their second possession. A drive highlighted by a 13 yard connection from Josh Cribbs to Geno Smith out of the wildcat ended with a 27 yard field goal off the foot of Nick Folk to put Gang Green up 3-0.

Sadly, it was all downhill from there. Baltimore tied the game with a field goal of their own on the ensuing drive, and started the second quarter with another scoring drive to go up 6-3. The Jets got the ball back only for Smith to fumble it on 3rd and 13, turning it over to Terrell Suggs. Antonio Cromartie returned the favor by picking off Joe Flacco on second down, but New York was unable to do anything with the opportunity. The Ravens scored again on their next possession to go into halftime up 9-3.

Both teams started the third quarter by going three-and-out, but Baltimore got the ball back inside Jets territory, setting Justin Tucker up for his fourth successful field goal attempt—this time from 53 yards out on a windy day—to give the Ravens a 12-3 advantage.

Smith had a chance to get back within striking distance when he led Gang Green just outside of the red zone after starting on his own 20, but the drive ended with another turnover as he through his first interception of the day. Flacco connected with Jacoby Jones for 66 yards and a touchdown shortly afterward, putting the Ravens up 19-3. The game ended by that tally following a scoreless fourth quarter.

Geno Smith went just 9 of 22 for 127 yards with two picks and a fumble on the afternoon.  Greg Salas led the team in receiving with 30 yards on two catches, and Bilal Powell rushed for 41 yards on 11 carries.

Nets Continue to Suffer without Lopez
Coming off four straight losses, the Nets looked like they finally might get back on the right track against Detroit on Sunday. Though they trailed 23-19 after the first quarter, Alan Anderson tied the score with a pair of jumpers to start the second, and after the Pistons pulled ahead he tied it once more with a three to make it 26-26. Joe Johnson led Brooklyn with 13 points through the rest of the quarter courtesy of 3 three-pointers. The Nets entered halftime up 51-44.

Despite the progress made in the second, the third quarter was yet again a killer for the Nets. The spread remained stable for first couple minutes of the half, but the Pistons went on a 28-11 run to end the quarter, entering the fourth ahead by 12, 78-66.

Brooklyn kept pace in a high-scoring final frame, but could not gain any ground. The Nets lost their fifth straight and fell to 3-10 on the season with a 109-97 loss.

Johnson led the team in scoring with 34 points, followed by Paul Pierce’s 19 and Andray Blatche’s 10.

The Nets will play the Eastern Conference-leading Raptors next, at 7:00 PM tomorrow night.

Knicks Falter in Washington
The Knicks’ troubles continued to play out on Saturday in Washington. The game began well enough as New York took a 24-16 lead late in the first quarter, but the Wizards fought back to within a point before the quarter was over.

The teams battled back-and-forth through the second, with the Knicks entering halftime up 52-49, but after the break they took a page out of Brooklyn’s playbook and fell apart in the third.

A 15-4 run to start the third gave Washington a 5 point lead, which they would continue to build upon as they outscored the Knicks 27-17 to start the second half. Carmelo Anthony cut the deficit down to 81-78 with a jumper in the fourth, but New York never got any closer than that three-point spread, and ultimately lost 98-89.

Anthony led the team with 23 points and 12 rebounds, followed by JR Smith who put up 15. Stoudemire shot for 12 and Bargnani scored 11 with five assists.

Now on a five-game losing streak, the Knicks will head west to play the Trail Blazers at 10:00 PM tonight.

Islanders Fall to Flyers
The Islanders did themselves no favors in trying to dig out of last place over the weekend. After a scoreless first period in Philadelphia, their situation quickly deteriorated in the second. 46 seconds into the frame Matt Read slapped in the first goal of the game; a minute later Wayne Simmonds had the Flyers up 2-0. Philly scored again on a power play just over three minutes after that.

John Tavares tipped in the first New York goal before the period was over, and Eric Boulton cut the deficit down to 1 with a backhanded shot on an assist from Casey Cizikas. Unfortunately, the Islanders were unable to tie the score. Philly stretched their lead to 4-2 on a snap shot midway through the third, and Read knocked in an empty-netter in the final minute to make it 5-2.

Poulin blocked 13 of 16 shots before being taken out 24 minutes into the game in favor or Nilsson, who stopped 12-13 shots on goal.

The Islanders will play the Jets at home next, at 7:00 PM on Wednesday.

Rangers Reclaim Third Place
Cam Talbot gave Henrik Lundqvist a breather on Saturday, and for the second straight start had a fantastic performance to show for it. Talbot held the Nashville Predators at bay as more than half the game passed by without goal, making Ryan McDonagh’s tip-in 13:13 though the second period the first of the night.

Derek Stepan scored the second and last Rangers’ goal 7:45 through the third period, giving New York a 2-0 advantage which would hold through the rest of the night. Talbot stopped all 17 shots which came his way for his second straight shutout.

The Rangers will head to Tampa Bay next, playing the Lightning at 7:30 PM tonight.