Get the scoop on this year's Macy’s Thanksgiving Day Parade - the can't miss holiday celebration everyone's been waiting for! 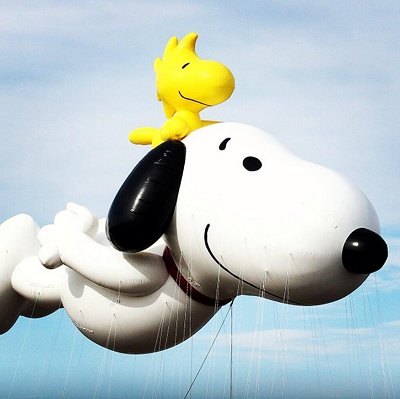 The 87th Annual Macy’s Thanksgiving Day Parade is only three days away!

On Thursday, November 28th, millions of people will crowd New York City to get a good spot to watch the parade, while millions of Americans across the country will tune in from home to watch while beginning to prep their delicious Thanksgiving dinners - the parade will be broadcast on NBC.

The parade will kick off at the corner of 77th Street and Central Park West at 9 AM sharp, and can march on for up to 3 hours. It will then head south on Central Park West, make a turn at Columbus Circle onto Central Park South, and finally veer south onto 6th Avenue until it makes it’s way to Herald Square, stopping in front of the iconic Manhattan Macy’s location.

The Thanksgiving Day Parade tradition first began in 1924, and was originally called the Macy’s Christmas Parade. It was initiated by first generation immigrant Macy’s employees who took great pride their new found American citizenship. Thus, they celebrated the American holiday with a touch of their culture from back home, and a new tradition was born. The original parade featured a variety of animals from the Central Park Zoo marching, as well as professional bands and floats.

Due to the popularity of the original event, Macy’s decided to make it an annual celebration, which overtime, has developed into one of the country’s most beloved Thanksgiving traditions. For generations, families have been watching the parade together on Thanksgiving morning, and what was once a small celebration put together by workers has turned into a full blown holiday event that the nation tunes in to enjoy.

This year, the parade’s lineup includes a wide variety of fabulous floats, marching bands from around the country, unique musical performances, and the iconic, giant balloons that the parade is known for. This year’s special performers include Ariana Grande, Austin Mahone, and Fall Out Boy just to name a few. The giant balloons feature numerous well-known cartoon characters including Spongebob Squarepants, Pikachu, Papa Smurf, and of course long-time parade veteran Snoopy! The Snoopy Balloon is known for making regular parade appearances, and he is known to always be a real crowd pleaser. Snoopy has appeared in 32 parades - more than any other character in the parade’s history!

Check out some fun facts about the Snoopy Balloon:

Lastly, Santa will make an appearance on his sleigh along with his elves at the end of the lineup - getting everyone in the spirit of Christmas, and cueing holiday shoppers to get ready for the season of sales. For those of you looking to meet Santa this year, be sure to check back soon - we'll have a great guide with the scoop on where you'll be able to meet the man in red himself this holiday season.

To make getting to and from NYC on Thanksgiving, Black Friday, and the whole holiday weekend easier for holiday travelers, the MTA will be operating on special schedules, and  offering special fare discounts to those using the LIRR to visit their loved ones. The special schedule will be valid during the holiday period between Wednesday, November 27th and Sunday, December 1st.

From all of us here at LongIsland.com - Happy Thanksgiving!