Schumer: Push to Prevent Those on Terror Watch List From Getting Guns & Explosives

U.S. Senator Charles E. Schumer called for passage of critical legislation, the Denying Firearms and Explosives to Dangerous Terrorists Act of 2015 (S.551), that would give the Department of Justice authority to prevent a known ... 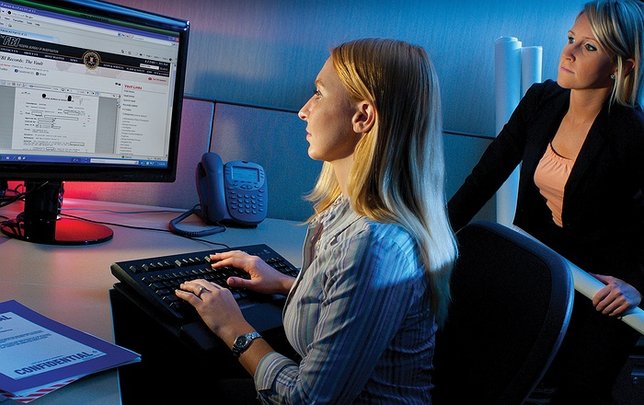 Schumer: "It makes no sense that suspected terrorists on our ‘no fly list’ can legally purchase explosives and firearms in this country."

Washington, DC - November 22, 2015 - U.S. Senator Charles E. Schumer called for passage of critical legislation, the Denying Firearms and Explosives to Dangerous Terrorists Act of 2015 (S.551), that would give the Department of Justice authority to prevent a known or suspected terrorist from buying firearms or explosives, a loophole in the law that is called the “Terror Gap.” With the rising risk of domestic terror threats, Schumer said that those on the terrorist watch list, no fly list, which prevents individuals from flying on airplanes into and out of the United States, should not be permitted to purchase firearms and explosives. Schumer explained that, under current federal law, the federal government cannot stop the sale of guns or explosives to known or suspected terrorists unless they meet one of nine other disqualifying criteria, such as being a convicted felon or domestic abuser. Therefore, ISIS bombers and other terrorists would have had the ability to purchase virtually unlimited amount of weapons through legal channels, despite potentially being on the terrorist watch list. Schumer today announced that he would be pushing Congress to bar known and suspected terrorists from purchasing guns or explosives - a common sense step.‎

The Department of Justice under Pres-ident George W. Bush initially proposed the legislation in 2007. In response to a question from Senator Feinstein, former Attorney General Eric Holder testified at a 2009 Judiciary Committee hearing that the Obama Administration also supported the legislation.

Schumer has been a longtime leading advocate of closing the loophole that allows people to buy guns online, at gun shows and in private transactions without a background check. That loophole allows those who are barred from obtaining guns - felons, spousal abusers, the adjudicated mentally ill - to purchase one without difficulty. Schumer said that adding suspected terrorists to the list of people legally barred from buying a gun would help efforts to close the gun show loophole as well, by setting up a clear distinction: keeping the gun show loophole open would allow terrorists to buy guns and closing it would prevent them from doing so. Schumer pointed to a June 2011 video in which Adam Gadahn, an American born al Qaeda member, urged other terrorists to exploit weakness in federal gun laws as an easy means of obtaining weapons for use in terrorist attacks.

At present, the National Instant Criminal Background Check System (NICS) does not reveal information about a potential buyer's status as a known or suspected terrorist, instead containing the buyer's criminal and mental health records.

Schumer continued, “The fact that a person on terror watch list can saunter up to a sporting goods counter and purchase a cache of weapons capable of causing immense death and destruction just boggles the mind. Slamming shut this appalling loophole ought to be a no-brainer.”

According to information prepared by the Government Accountability Office, individuals on the consolidated terrorist watch list, which includes the no-fly list, cleared a background check for a gun transaction in 94 percent of attempted transactions in 2013 and 2014 (455 out of 486 times).

Between February 2004 and December 2014, individuals on the consolidated terrorist watch list cleared a background check in 91 percent of attempted transactions (2,043 of 2,233 times), according to GAO data.

The Denying Firearms and Explosives to Dangerous Terrorists Act of 2015 authored by Senator Feinstein would: