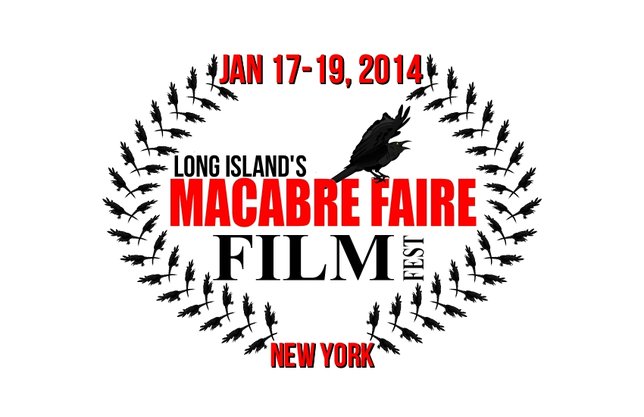 Rockville Centre, NY - November 22nd, 2013 - TwitchTwitch Productions presents Long Island’s only film festival catering to films in the sub-genre categories.  This networking haven will showcase independent films from around the world for the 5th Macabre Faire Film Festival and unite directors, actors, producers and fans under one roof for 3 days of movie madness, live band performances and Awards.

The Macabre Faire Film Festival takes pride in being the FIRST and ONLY Film Festival on the Island occurring several times a year connecting with Independent Filmmakers around the globe bringing a collection of over 40 titles to every film festival. This 5th installation of the Film Festival will be a celebration in honor of independent filmmaking regardless of the films budget. Spreading the word about the Macabre Faire Film Festival is one of the most effective ways of helping these filmmakers get their films noticed. These efforts will have more fans viewing these films and distribution companies hearing about these artists that much faster which may result in National and International Distribution deals. Hours of independent films submitted by dozens of filmmakers will screen in 4 separate screening areas along with workshops/discussions/presentations hosted by the attending filmmakers and actors themselves. Film Festivals like the MFFF are making a difference and that difference is taking place in Long Island, NY.  Films are rated PG, PG-13 and R (parental guidance is suggested).

Special Guests on the roster include Long Island filmmakers: Scott W. Perry creator of the “In Fear Of” series, Patrick Devaney creator of “Zombie Hunters” reveals his new film piece “Aemorraghe”, Margaret Villano with “Feed Me” and Ben Fiore with “The Interrogation”. In addition to these local filmmakers the festival will be flooded with filmmakers from Texas, Los Angeles, Canada, New Jersey, Pennsylvania, New York and more from around the country for this celebration of independent filmmaking.

The event kicks off with the first RED CARPET night the festival has hosted on Friday, Jan 17 at 7pm – 1am. Guests will be dressed to impress as they walk down the red carpet while cameras flash and anticipation builds for the evening’s presentation of the “Macabreite Award”. This will be the humble beginning stages of what some may consider to be the Academy Awards for films dedicated to the “Macabre” whether through a Drama, Sci-Fi, Animation, Comedy, Documentary and yes… Horror, as the Best of the Best for 2013 get awarded. The Red Carpet Gala Night will include an open bar and delectable dishes for the hungry pallet as NY performer “Melissa Otero” adorns the stage with her tunes. The midnight hour will have everyone enjoying some tea sipping and “Tales of Poe” with Long Island actor Carl DiModugno as the storyteller. Saturday, Jan 18 the MFFF begins at 12pm and runs straight through until 1am. Dozens of films will screen in 4 rooms along with workshops/discussions and more. Live performance by the “Slipppery Chickens” for some electric Rockabilly melodies hits the stage at 9:30pm then capped off with Dj music. For Sunday, Jan 19, the day will begin at 1pm with more films and workshops then NJ performers “A Halo Called Fred” will geek out on the stage at 7pm with their music. Immediately following at 8pm, will be the “MFFF Awards” where film laurels will be awarded in over a dozen different categories to filmmakers. The ceremony is open to all attendees for their first hand witnessing of the winners for Jan 2014.