A veteran of the Korean War has been detained by the DPRK government after he returned to the country as a tourist. 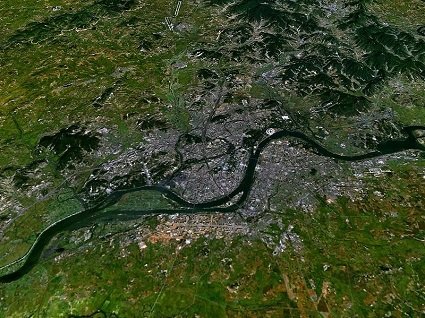 An 85-year-old American veteran has been detained in North Korea, according to the man’s family which has not had contact with him since October 26.

Merrill Newman, a California resident who fought in the Korean War, arranged to revisit the country though a travel agent said to have been approved by North Korean government. When Newman was seated on a return flight headed for Beijing, however, two uniformed men boarded the plane and forced him off of it. Newman’s son said the incident occurred a day after he spoke to DPRK officials about his time as an infantryman during the Korean War.

The US Government has not directly confirmed the detentions, citing privacy laws, but the State Department is working with China to get Newman out of the country. Glyn Davies, Special Representative for North Korean Policy told reporters “We are calling on North Korea, as in the Kenneth Bae case, to resolve this issue and let our citizens go free.”

He added that “We certainly think that North Korea should think long and hard about these cases and understand that for the United States, these are matters of core concern to us.”

Since 2009, there have been seven Americans detained within North Korea. The State Department is now warning citizens not to travel to the reclusive country.

In a statement issued on Tuesday, the department warns “US citizens crossing into North Korea, even accidentally, have been subject to arbitrary arrest and long-term detention. Since January 2009, four U.S. citizens have been arrested for entering North Korea illegally, and two U.S. citizens who entered on valid DPRK visas were arrested inside North Korea on other charges.”

According to the travel advisory, North Korean officials may view as espionage unauthorized or unescorted travel into the country, as well as unapproved attempts to speak directly with North Korean citizens. Pyongyang could very well have viewed Newman’s status as a Korean War vet as reason to suspect the aging retiree of espionage.

[Source: US Department of State, Time]