Schumer: Bill’s Passage Would Open the Door For McGinn-Smith Victims to Recoup Losses That Was Previously Slammed Shut 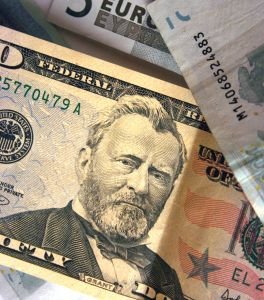 Washington, DC - November 19, 2013 - Today, U.S. Senator Charles E. Schumer unveiled new legislation that would open a pathway for the McGinn-Smith victims to appeal for financial reimbursement with the Securities Investor Protection Corp (SIPC).  Schumer’s bill would give the Securities and Exchange Commission (SEC) broad authority to refer cases to SIPC, eliminating SIPC’s authority to challenge and ultimately overturn an SEC referral. In the case of the McGinn-Smith, Schumer’s plan would require SIPC to compensate the 900 investors that suffered $136 million in total losses, if the SEC refers the case to SIPC. Schumer has urged the SEC numerous times to refer the McGinn-Smith case to SIPC, but the SEC declined to do so after its referral of a case with similar facts – the Stanford Financial Group case – was overturned in court. Schumer explained that if his legislation gets passed, he would again urge the SEC to refer the McGinn-Smith case to SIPC, and argued that the similarity to the Stanford case, which the SEC did refer to SIPC, would give McGinn-Smith victims a strong argument on the merits. Schumer’s bill would also provide the SEC with additional flexibility to determine who qualifies for SIPC protection, which will help encourage their referral. Thus, Schumer’s legislation would open the door for McGinn-Smith victims to seek remuneration from SIPC.

“Although there are many hoops to jump though before those taken advantage of by McGinn, Smith, & Co. can recover the money they lost, this piece of legislation opens a door that was previously slammed shut,” said Schumer.  “For those in the Capital Region that were the unfortunate victims of this outrageous fraud, a fair shot at getting their money back was all they asked for.  Giving the SEC broader authority to refer cases to SIPC would be a step in the right direction. If achieved, I will put on the full court press to get the SEC to give the McGinn-Smith victims a fair shot at recovering their losses from SIPC.”

Schumer’s bill, introduced with Sen. David Vitter (R-LA), the Restoring Main Street Investor Protection and Confidence Act of 2013 would give plenary authority to the U.S. Securities and Exchange Commission to refer cases to SIPC, meaning a court nor any other arbiter could intervene in the referral.  Schumer explained that this reopened an avenue for the McGinn-Smith victims to appeal for compensation from SIPC, via a referral from the SEC.  Schumer cited as precedent the recent Stanford Financial Group case, which was referred to SIPC by the SEC. The underlying facts of the Stanford case were very similar to the facts of the McGinn-Smith case, making the Stanford referral a precedent that the SEC should follow in the McGinn-Smith case.  Schumer vowed to make that argument to the SEC if his legislation passes.

Schumer’s legislation would also provide the SEC with greater flexibility to determine which cases qualify for SIPC protection under the Securities Investor Protection Act (SIPA).  The bill will clarify the definition of “customer” under SIPA to ensure that investors are not denied protection due to technicalities over where they initially deposited their money – technicalities that have so far prevented victims in the Stanford case from receiving protection and that could stand in the way for McGinn-Smith victims as well. Specifically, the definition will be expanded to include investors who may be deemed to have deposited cash with a broker-dealer for the purpose of purchasing securities, and therefore eligible for protection under SIPA, even if the investor initially deposited those funds with an entity other than the broker-dealer. This change will help ensure that customer protection is not defeated by a debtor’s structural devices to commit fraud. In both the McGinn-Smith and Stanford cases, this technicality is one of the primary legal obstacles to recovery.

Timothy McGinn and David Smith, the founders of McGinn, Smith & Co., an Albany brokerage were indicted earlier this year in connection to accusations of multiple counts of fraud.  They were indicted on federal charges of securities fraud, mail and wire fraud, and tax evasions for misusing investors’ funds for personal use, to pay for other investor accounts, or for payroll and operating expenses at McGinn, Smith, & Company. The SEC estimates that McGinn and Smith defrauded approximately 900 investors of up to $136 million, many such investors hailing from the Capital Region.

The Securities Investor Protection Corporation (SIPC) either acts as trustee or works with an independent court-appointed trustee in a missing asset case to recover funds. SIPC can provide up to $500,000 in restitution for fraud victims, to cover losses not otherwise recovered in the failed brokerage firm’s liquidation. The relief is paid out of a fund capitalized and maintained by industry assessments.