The robberies took place in Bay Shore and Riverhead, and both involved two men. 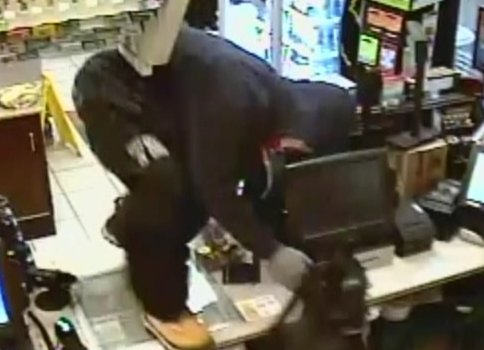