Rubin has been coached by singer Gwen Stefani. 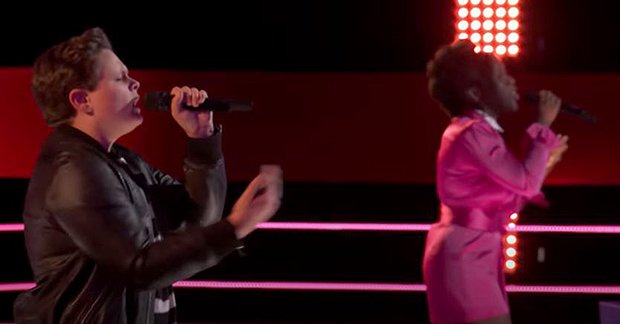 The 14-year-old singing sensation from Shoreham advanced to the next round on NBC’s The Voice on Monday night after he nailed a duet with another teen contestant, 15-year-old Larriah Jackson.

Carter Rubin has been wowing judges since he first appeared on the show and the No Doubt frontwoman Gwen Stefani took him on to coach. Stefani is also Jackson’s coach.

Rubin and Jackson sang a duet of Meghan Trainor and John Legend's "Like I'm Gonna Lose You." They had to sing the tune in front of Legend himself, who is a judge on the show.

According to a report in Newsday, the kids “received a roaring ovation from the four coaches and the virtual audience.”

Watch the video of Rubin and Jackson’s duet below:

Stefani had to choose between her two prodigies for who would advance to the next round. She had a tough time making the decision.

“That was so beautiful,” Stefani said after they finished the song.

The other judges also had a hard time choosing between the two teens and gushed about their performances.

“I was thoroughly impressed with your take on the song,” Legend said.

Stefani coached both young people and she gave the edge to Rubin. She also immediately used her “save” to keep Jackson alive and on her team.

“My dream on this show is to work with young artists,” Stefani said before choosing the winner. “And I got two of them here that I think are so magical."

Rubin spoke about his win afterwards saying how important Stefani’s coaching is to him.

“The validation from Gwen means a lot to me,” he said. “Going to Knocks Outs, I can’t believe that. Oh my gosh.”