Andrea Levinsky, a senior at Adelphi University, released an electronic dance music single last month. The single, called "It's Not Over," is now available on iTunes, Spotify, Amazon, and SoundCloud. 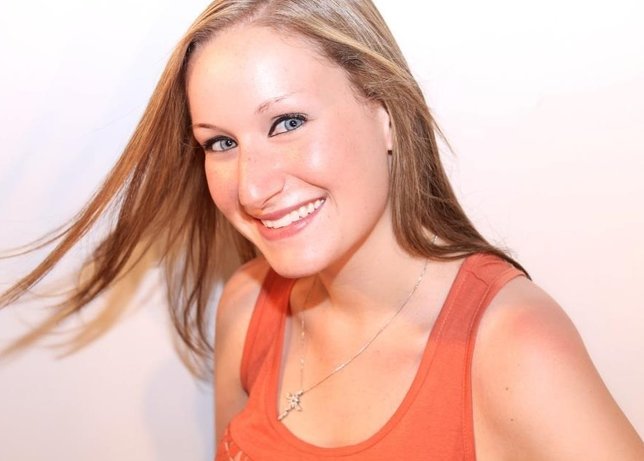 Garden City, NY - November 18th, 2014 - Since the age of 11, Andrea Levinsky, of Dyker Heights, Brooklyn, has taken every opportunity to sing for an audience. As a music major focusing on vocal performance, she now gets this chance quite often. Her most frequent venue is the Adelphi University Performing Arts Center (AUPAC), with performances ranging from Adelphi choral concerts to Best of Broadway to Adelphi Opera Theatre. Recently her audience began to expand, when she was invited to perform at such venues as The Metropolitan Room and The Black Box Theatre in Manhattan.

But now, with the release of her first single, Andrea has the potential to have the entire country as her audience. After sending an audition tape through an online casting call site, Andrea was contacted by a record producer who, after an interview, gave her the opportunity to write and record a song. The single, a catchy electronic dance tune called “It’s Not Over,” was released in October and continues to play on several major radio stations throughout the country. The single is also available on iTunes, Spotify, Amazon, and SoundCloud.

Andrea had previously auditioned for the Voice, American Idol, and other such shows, as well as Mary Poppins on Broadway, but this is the first time she has gotten a positive response from an audition. Since this was her first electronic audition, the result is all the more surprising for Andrea. “I honestly never thought any of this would happen,” Andrea says. “Recording has always been a dream of mine and my dream is becoming a reality.” The strongest of her many musical dreams, however, is Broadway: “I could sing show tunes forever,” she says.

With the song posted on multiple music sites and playing on several radio stations, Andrea has been able to hear feedback from all over the world. She has also tracked the market success of her song and gotten very good ratings – good enough, in fact, to send her recording into Universal Records, exposing her to a more significant section of the music industry.

Andrea cites Adelphi’s music department as one of her biggest sources of support and inspiration. “I love listening to my peers perform,” she says. “We learn a lot from each other.” And although she greatly admires Broadway legends such as Kristin Chenoweth, Andrea’s number one music idol is country singer Carrie Underwood. “She just has such a beautiful voice, and I love the way that country music always seems to tell a story,” she says.

What’s next for Andrea? Although there are not yet any definite plans to record more music, Andrea was given an 18 month contract with the producer. She may record more music, or go on a radio tour around the country to promote her song to different stations. Talks of a music video are also under way. But the most important thing for Andrea as she looks ahead is to be able to sing, whether in a recording studio, on a Broadway stage, or anywhere else that she can hold an audience captive with her voice.