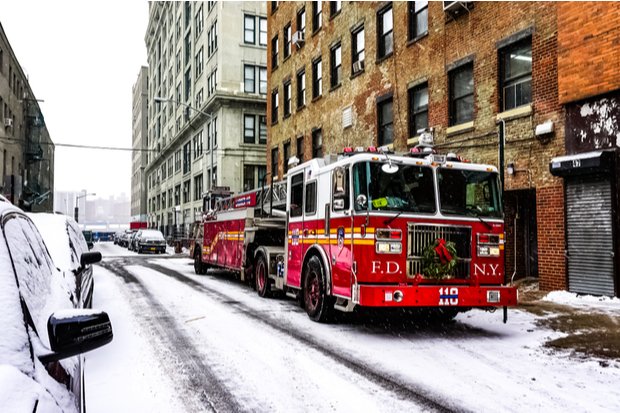 Firefighter John R. Elges did not die on September 11, 2001 but the sickness he developed after that tragic day eventually took his life, like many other heroes who we have lost since. Making his way to Ground Zero with other members of his firehouse, Elges worked the pile for ten grueling days, sifting through the rubble helping recovery efforts as did thousands of others in the aftermath. And sadly Elges made the ultimate sacrifice for his efforts.

In 2015, he was diagnosed with throat cancer as a result of exposure to the toxins and disease later spread to his lungs and brain. He died on September 15, 2018 at the age of 60.

“John Elges answered that call as he put his own health and safety on the line while sifting through debris at Ground Zero,”  said Councilman D’Esposito, who is a retired NYPD detective and ex-chief of the Island Park Fire Department. “Honoring my fellow first responders and respecting my neighbors and friends is something I greatly value…”

D’Esposito said that the street renaming will help future generations know the sacrifice Elges made in service to our nation.

Elges, a firefighter with the FDNY who spent 24 years at Ladder Company 134 in Far Rockaway, Queens, also volunteered for the Long Beach Fire Department, and served as Captain of Tower Ladder 72 for 15 years.

“Although we have just marked the 20th anniversary of September 11, 2001, heroic first responders like John Elges continue to tragically lose their lives,” said Supervisor Clavin. “In keeping with our Town of Hempstead commitment to ‘Never Forget’ the heroes of September 11th, we are proud to rename Delaware Avenue in Island Park as Firefighter John R. Elges Av.”