Musician, composer and producer, James Mtume, will be Tom Needham’s special guest this Thursday at 6 P.M. on WUSB’s The Sounds of Film. 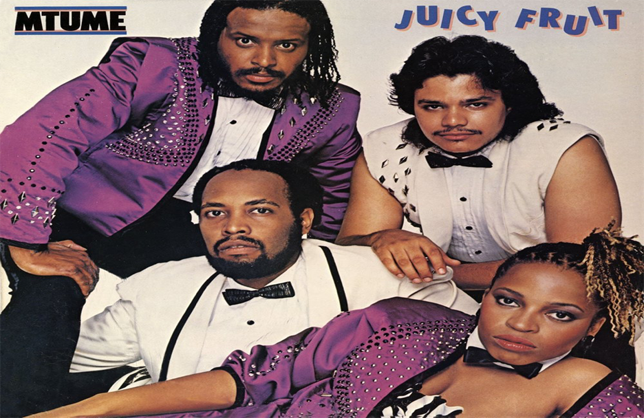 Stony Brook, NY - November 16, 2017 - Legendary producer, musician and composer, James Mtume, will be joining Tom Needham this Thursday on WUSB’s The Sounds of Film.
James Mtume is known in the music business for his creativity and versatility. He first rose to prominence as a jazz musician playing with artists like Gato Barbieri, Art Farmer, Jimmy Heath and McCoy Tyner.  He is probably best recognized, though, for his long collaborative relationship with Miles Davis in the 1970’s. During this time, he recorded and performed with Miles Davis on the influential albums, On the Corner, In Concert: Live at Philharmonic Hall, Big Fun, Get Up with It, Dark Magus, Agharta, and Pangaea.
When Miles Davis took a break from the music business, James Mtume switched gears and pursued another interest of his, R & B music.  Mtume quickly established himself as successful songwriter. Before long, he was writing smash hits for artists like Stephanie Mills, Roberta Flack, R. Kelly, Mary J. Blige and Teddy Pedergrass. In addition, he also created his own band simply named Mtume, a funk and soul group known for the huge hit “Juicy Fruit.”  The song, beloved by hip hop artists, was eventually sampled in Notorius B.I.G.’s “Juicy,” and featured in the video game Grand Theft Auto: Vice City. Eventually, James moved into the film scoring business, and worked on television’s New York Undercover and the film Native Son. The Sounds of Film will be presenting a career retrospective of James Mtume’s jazz, funk, scores, and songs that he wrote for other artists.
About the Sounds of Film
The Sounds of Film is the nation’s longest-running film and music themed radio show.  For the past 30 years, the program has delivered a popular mix of interviews and music to listeners all over Long Island, parts of Connecticut and streaming live worldwide on the Internet.  Past people interviewed on the show include Dionne Warwick, Aloe Blacc, Grandmaster Caz, Ernest Dickerson, composer Cliff Martinez, Alec Baldwin, Ralph Macchio and Nile Rodgers.