Suozzi: "I appreciate the efforts of sensible Republicans like my colleague Peter King, who worked with me in opposing this measure." 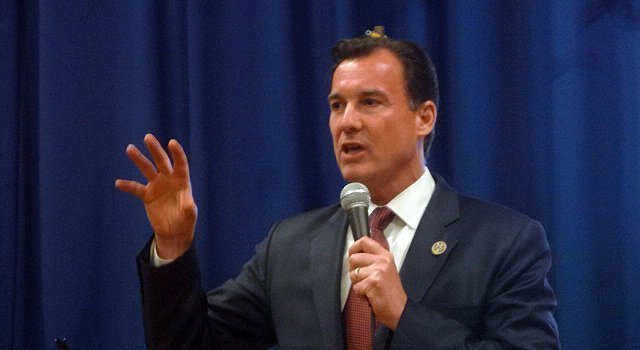 Long Island, NY - November 16, 2017 - Today, Congressman Tom Suozzi (D – Long Island, Queens) made the following statement shortly after voting against the Republican-led tax reform bill that passed the House of Representatives.
“Let today be known as the day House Republicans sabotaged hard-working middle-class families on Long Island, Queens and across the entire State of New York. Our district is home to over 250,000 families that utilize the state and local tax deduction – tops in the nation – and thanks to this terrible bill, it is now one step closer to elimination.
“I appreciate the efforts of sensible Republicans like my colleague Peter King, who worked with me in opposing this measure. For those who supported this bill, they are complicit in what will be a devastating tax increase on the middle class. This fight is not over. I will continue fighting for the middle-class families in my district and throughout our country.
“This bill is a ‘punch in the gut’ to our middle class. They deserve to be lifted up, not slapped down by draconian tax increases. I urge the Senate to reject this legislation and instead work with the House to pass a bipartisan bill that makes sense and protects hard-working middle-class families in New York and across the country.”
On Tuesday, Congressman Suozzi spoke out against the Republican tax plan in a House floor speech. He also penned an op-ed in Newsday with Rep. Pete King (R-Seaford) opposing the elimination of the state and local tax deduction.