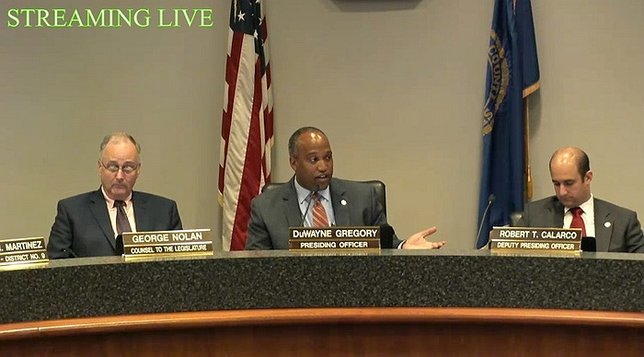 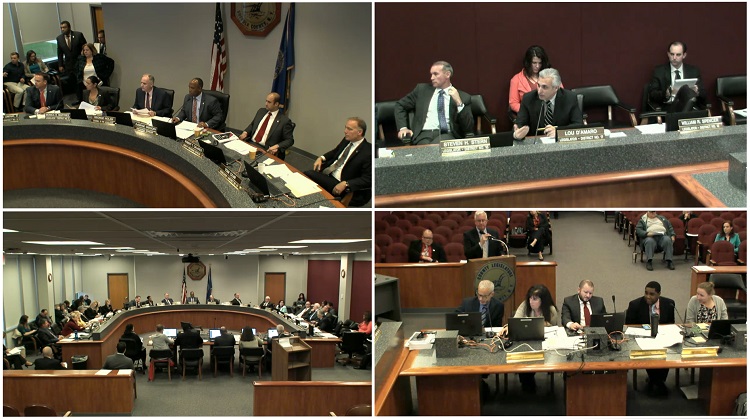 The new four-camera video systems in both Riverhead and Hauppauge capture the action from different angles and will allow for a more engaging video stream.

The new four-camera system in the center’s legislative auditorium marks an expansion of real-time streaming services in Riverhead, where previously it was possible to provide only an audio feed of meetings.

“Expanding our video streaming services is an important step in making county government transparent and accessible to the people,” said Presiding Officer DuWayne Gregory, who has been leading the effort to expand video streaming services. “We hope to engage as many residents as possible in the legislative process. By watching the debate among lawmakers, residents get better insight into how decisions evolve.”

Streaming services have also expanded in the legislative auditorium at the William H. Rogers Building in Hauppauge, where the majority of the Legislature’s meetings are held. Previously, video was streamed from a fixed one-camera system. Three cameras have been added so that now, four cameras will capture the meetings from different angles, allowing for a more visually engaging live stream and better coverage of individual legislators, public speakers and those who testify.

Viewers can access the live stream here while the Legislature is in session.