The third Thursday in November marks the American Cancer Society’s “Great American Smokeout,” a day when smokers are encouraged to put down all tobacco products. 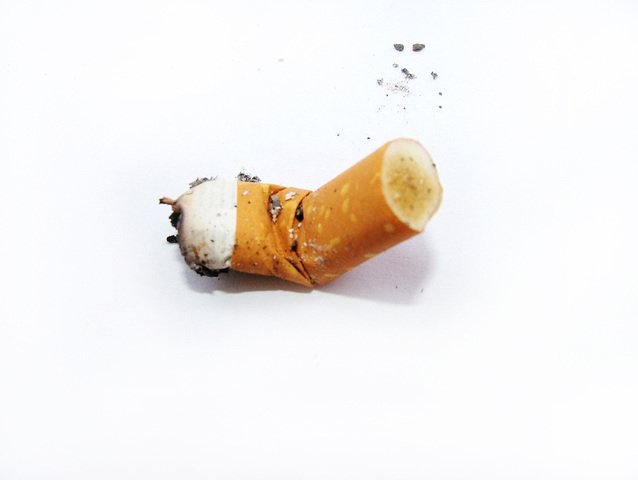 The dangers of smoking cannot be overstated.

New Windsor, NY - November 15, 2016 - Every year since 1976, the third Thursday in November marks the American Cancer Society’s “Great American Smokeout,” a day when smokers are encouraged to put down all tobacco products and formulate a plan to quit tobacco for good.

The dangers of smoking cannot be overstated. A recent study from the American Cancer Society found that smoking cigarettes contributed to more than one in four cancer deaths in the United States. The analysis also found that the impact of smoking varied considerably by state, reflecting the effectiveness of tobacco control policies and programs; for example, cigarettes contribute to 11% of cancer deaths among women in Utah but a staggering 40% of cancer deaths among men in Arkansas.

Overall, about 40 million Americans still smoke cigarettes, and tobacco use remains the single largest preventable cause of disease and premature death in the world. While cigarette smoking rates in the U.S. have dropped from 42% in 1965 to 15.1% in 2015, cigar, pipe, and hookah use are very much on the rise.

The first Great American Smokeout occurred on November 18, 1976, when nearly one million smokers quit for the day with the help of the American Cancer Society’s California Division. The Society took the program nationwide in 1977. The event has helped dramatically change Americans’ attitudes about smoking, helping bring about community programs and smoke-free laws that are now saving lives in many states. Many public places and work areas are now smoke-free, protecting non-smokers and helping encourage smokers who want to quit.

Today, smokers have more tools than ever to help quit smoking, but it remains one of the strongest addictions known. Smokers often have to make several quit attempts, using any of several tools, some proven, some not, before they find the method that works for them.

Among those tools smokers can consider:

Research shows that nearly 70% of smokers want to quit. Below is a timeline of the benefits of quitting:
For additional quit tips and information about the effects of using tobacco, visit cancer.org/smokeout. 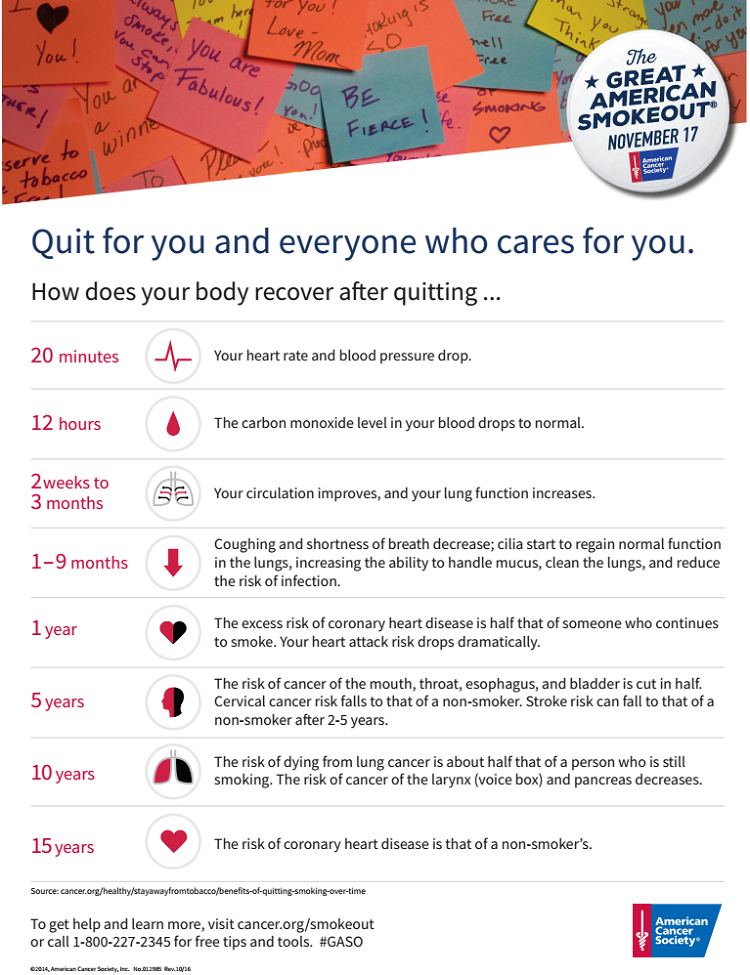