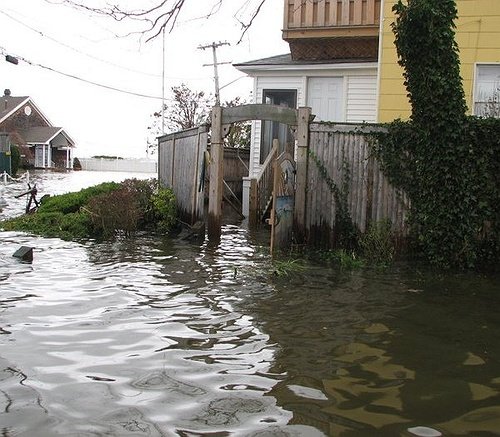 Long Island, NY - November 16, 2014 - U.S. Senators Charles E. Schumer and Kirsten Gillibrand today called on the Federal Emergency Management Administration (FEMA) to immediately investigate repeated red flags involving Superstorm Sandy insurance claims for homeowners on Long Island. The Senators said that FEMA must conduct a top-to-bottom investigation to ensure that insurance companies have evaluated Long Island homeowners’ insurance claims fairly and without bias, in light of many serious signs that this is not the case, including a federal Magistrate Judge’s recent order that revealed that flood insurance providers have engaged in potentially fraudulent activities to reduce the amount of money paid out to Long Island policyholders.

“I smell a rat in the way Sandy insurance claims are being handled, and we want FEMA to get to the bottom of this sewer,” said Senator Schumer. “There have been repeated signs of underhanded practices taken by insurance companies to avoid paying flood insurance policy holders the funds that they so desperately need, and are owed, to rebuild after Superstorm Sandy. It appears to me that these policyholder claims are being mishandled and delayed at best, and doctored and manipulated at worst. Sandy victims deserve better and we are urging the federal government do more to ensure that homeowners receive compensation for their losses.”

"I have seen these documents myself and this is outrageous," said Senator Gillibrand. "We need to get to the bottom of this with an independent investigation and hold people accountable. If the claims that the insurance companies are falsifying documents to deny claims are true, then people need to be investigated criminally for this unconscionable and inhumane behavior. I also have serious concerns about how FEMA is handling these claims and the waste of taxpayer dollars by lawyers slow walking getting homeowners the money they deserve."

Senators Schumer and Gillibrand highlighted their deep concerns by the revelations disclosed in Judge Brown’s decision last week, and demanded that FEMA conduct a top-to-bottom investigation of the denial of homeowner’s flood insurance claims based on documents that were amended in the “peer review” process and utilized by engineering firms hired by the flood insurance companies.  The Senators said that FEMA must provide answers immediately to determine how often this practice was utilized and for how long. The Senators said homeowners deserve the opportunity to see all of the reports and drafts prepared in evaluating their claims, and that FEMA has a responsibility to insure that the Write Your Own insurance companies defense of these claims is done fairly and without bias. The Senators said that, based on Judge Brown’s ruling this pastFriday, they are doubtful that this was done.

The Senators said FEMA must immediately conduct a top to bottom review of the NFIP claims process, in light of obvious flaws brought to light by Mr. Raisfeld & Ms. Ramey’s case in Long Beach.

A copy of the Senator’s letter to FEMA Administrator Fugate appears below:

We are deeply concerned and outraged by evidence that has recently come to light, which demonstrates that an engineering company, working with a “Write Your Own” (WYO) insurance company, may have modified engineer’s reports in a deliberate attempt to deny money to Long Islanders whose homes were damaged as a result of Superstorm Sandy.  According to an order issued on November 7, 2014, by U.S. Magistrate Judge Gary Brown in the Eastern District of New York, the evidence reveals “reprehensible gamesmanship by a professional engineering company that unjustly frustrated efforts by two homeowners to get fair consideration of their claims. Worse yet, evidence suggests that these unprincipled practices may be widespread.”  This is completely unacceptable and must be addressed by FEMA immediately.  We are also very concerned about the delay tactics used by WYOs to when litigating sandy claims, which may end up costing the federal government millions of dollars in legal fees for the attorneys hired by the insurance companies.

On multiple occasions, we have communicated to you and your staff our significant concerns with practices used by the WYOs, and have requested an investigation into the matter.  To date, we have not received any indication that would lead us to believe that these matters are being fully investigated.  Therefore, we renew our request for a full and open investigation into the WYO program and FEMA’s oversight of it, which should include, at a minimum,

In carrying out this investigation, we also request that you provide our offices with a timeline for when the investigation will be complete, as well as a report to Congress on its findings and the corrective actions that FEMA will take to improve transparency and consumer protections for all policyholders.  If, as the evidence suggests, wrongdoing was committed by the WYO carriers, or anyone hired by a WYO carrier to assist with their administration of NFIP policies or any litigation related to NFIP claims, there must be severe consequences.

Every New Yorker who participates in the NFIP must have the assurances that they are being treated fairly by this program.  That can only happen once a full investigation is complete and there is the strongest possible oversight over every step of the claims process.  We urge you to make this investigation a top priority and look forward to your prompt reply.