Schumer: New Acquisition Process will Level the Playing Field for Companies Like Harris RF and Ensure our Military Gets the Best Equipment for the Best Price 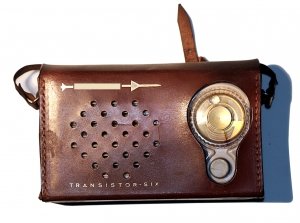 Washington, DC -November 14, 2013 - Today, U.S. Senator Charles E. Schumer announced that, after his push, the Department of Defense has reversed course and will now allow companies across the country, including Rochester’s Harris RF to compete for 5-year multi-million dollar military radio contracts. Specifically, the Army has committed to a multi-vendor, multi-award acquisition process – set to be finalized by the end of the month – that would not only allow multiple companies to compete for the contracts, it would allow the Army to select multiple contractors to each make a percentage of the radios.  Prior to this decision, the Army was pursuing a single-vendor process for each of its next-generation radio contracts: the “Manpack” and “Rifleman” versions, leaving companies like Harris without an even playing field to compete.

“The Army and the DOD has read me loud and clear: it is only fair for the Army to eliminate their single-vendor procurement process for these next-generation radios, so that companies like Harris Radio can compete fully for this work. This new acquisition process will introduce a healthy competition in price and quality, and it has the added benefit of allowing commercial vendors like Harris RF in Rochester to compete for the contract on a level playing field,” said Schumer. “When companies have an even playing field to compete on price and technology, taxpayers get the best deal for their money and our troops get the latest and greatest in technology.  I’m glad the Army has agreed and local companies like Harris RF can now have a shot at providing the best possible equipment for our men and women in uniform.”
Earlier this fall in a phone call and letter to Secretary of Defense Hagel, Schumer urged Hagel and top Pentagon officials to commit to open the competition for Joint Tactical Radio System (JTRS) manpack and rifleman radio contracts by using a multi-vendor approach, which levels the playing field for commercial companies in the procurement process and helps provide higher-quality military radios for our nation’s troops.  The Army had indicated earlier this year in a draft acquisition strategy that it planned to award a single vendor a five-year contract for each radio.  But after Schumer’s push, it will now allow commercial vendors, like Harris RF, to compete for these radio contracts or even portions of these radio contracts.  Schumer explained that the multi-vendor, multi-award acquisition process will not only level the playing field for companies who make these radios to compete, the open competition for the contracts will ensure the military has the best equipment and that there is healthy pricing competition for the work.
Schumer supports efforts by the Army to allow multiple companies that can produce JTRS-certified radios, like Harris RF, to compete to provide these radios to the Army during the next 5 years. Recent research has shown that commercially-produced JTRS radios are safer, simpler, and more reliable than many of the Army’s models currently in use. Schumer said companies like Harris RF in Rochester will now have a full and fair opportunity to compete to provide JTRS radios to protect our troops that are certified through the Army’s Network Integration Evaluations (NIE).  Earlier this fall, Harris RF Corp. has rolled out its latest mul­ti- channel radio, the Falcon III Multi-channel Manpack radio.  Schumer noted that Harris RF developed the Falcon III Multi-channel specifically in re­sponse to the U.S. De­fense Department’s Handheld, Manpack and Small Form Factor radio program.
JTRS is a series of next generation integrated, universally-applicable, tactical radio devices planned by the U.S. military to replace various radio devices currently deployed by U.S. armed forces in combat arenas. These next-generation radios support increased capabilities such as broadband data applications, streaming video, as well as current-generation voice capabilities.
In May 2012, Schumer helped secure language in the Senate-passed Fiscal Year 2013 National Defense Authorization Act (NDAA) that recommended that a competitive acquisition process is approved for these radios, before any funds are obligated for the full rate production of these radios.