Tune in to Stony Brook's WUSB, 90.1 FM to hear an exclusive conversation with director Stevan Riley and host, Tom Needham, on the Sounds of Film. 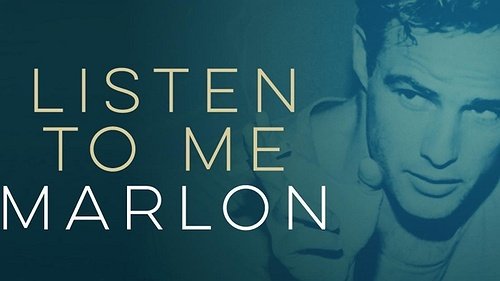 Stony Brook, NY - November 12, 2015 - Tune in to Stony Brook's WUSB, 90.1 FM, this Thursday at 6 P.M. to hear an exclusive conversation with director Stevan Riley and host, Tom Needham, on the Sounds of Film.  They will be discussing the unique documentary, Listen To Me Marlon, which utilizes hundreds of hours of audio that Marlon Brando recorded throughout his life. The movie sheds new light on the private and introspective man and artist. The program is also going to feature memorable music from Brando films like A Streetcar Named Desire, The Godfather, Apocalypse Now and Last Tango in Paris.  Listen to Me Marlon was a recent selection at the Sundance Film Festival and will be screening at the Gold Coast International Film Festival on Saturday, November 14, at 3:30 PM as part of the festival's RJ Cutler Retrospective.

As part of WUSB's Fall Radiothon, the Sounds of Film will also be doing a special feature highlighting the complete soundtrack for Laurie Anderson's groundbreaking new film, Heart of a Dog. This experimental personal movie takes the viewer on a unique journey through the stages of love, death and loss inspired by Anderson's rat terrier Lolabelle, who died four years ago. The movie also features a haunting soundtrack by Laurie Anderson and Long Island Music Hall of Fame inductee, Lou Reed.

Tom Needham's The Sounds of Film is the nation's longest-running film-themed radio show.  For over 27 years, the program has delivered a popular mix of interviews and music to listeners all over Long Island, parts of Connecticut and streaming live on the Internet.  Recent guests include director Mike Leigh, Governor Jesse Ventura, actress Cicely Tyson, Happy Day's Donny Most, Billy Joel, the Nation's Katrina vanden Heuvel, and Michael Moore.