Police are seeking the man responsible for exposing himself and groping a woman in Bethpage. A sketch of the subject has been released. 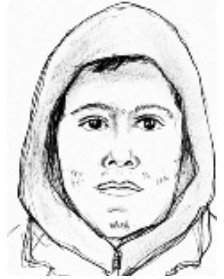 Crime Stoppers and the Nassau County Police Department have released a sketch of the man who exposed himself and forcibly touched a woman in Bethpage on Nov. 4.

According to police, the incident occurred at approximately 9:20 p.m. in the vicinity of Stewart Avenue and Williams Street.

Police say a 45-year-old woman was the victim of a man exposing himself and grabbing her breasts as she walked back to her car from a 7-11 store. The man approached the woman asking for a light, then a ride before he proceeded to expose himself and touch her.

The subject has been described as a white male between 23 and 28 years of age. He’s between 5’6” to 5’8” tall, has a slim build, light complexion, brown eyes, dark hair, brown decaying teeth, and was wearing a gray hooded sweatshirt.