Attorneys representing Dzhokhar Tsarnaev are asking for special security measures to be lifted while he awaits trial. 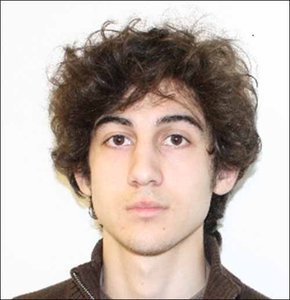 Representatives of Dzhokhar Tsarnaev will appear in court today to argue for the easing of restrictions put on him while he awaits trial in prison.

The suspected Boston Bomber was captured on April 19th after he and his now deceased brother allegedly placed two backpacks containing bombs at the Boston Marathon four days earlier. Despite evidence including security footage placing him at the scene of the crime, Tsarnaev pleaded not guilty at a court appearance in July.

Last month, Tsarnaev’s lawyers filed a motion to have Special Administrative Measures (SAMs) lifted, claiming that the restrictions were impeding their ability to defend him. The measures, often used in terrorism cases when a suspect is considered liable to seriously injure others, include restricted access from media, mail, visitors, and telephones. They also subject the visits and calls he is afforded to monitoring, and restrict his attorneys from disclosing information concerning the trial to anyone who is not directly involved in preparing his case.

Tsarnaev’s attorneys argue the SAMs, put in place by Attorney General Eric Holder, are unwarranted and unlawful, violating the accused’s first, fifth, and sixth amendment rights, and that their client has done nothing to incite violence while in custody.

Prosecutors have pointed to the writings Tsarnaev left on the boat in which he hid before arrest as evidence of a wish for others to engage in “violent jihad,” and cite a recent issue of al Qaeda’s Inspire magazine praising the Boston Bomber as proof his words could reach others and subsequently cause harm.

Both sides will make their cases before a judge in a US District Court; the decision could have a drastic impact on the case according to the defending attorneys. As this is a federal case, Tsarnaev may very well face the death penalty despite being tried in a state which barred the practice in 1982.