There are some settlements that the government may require to be taxed; would that apply to money received from a personal injury case? 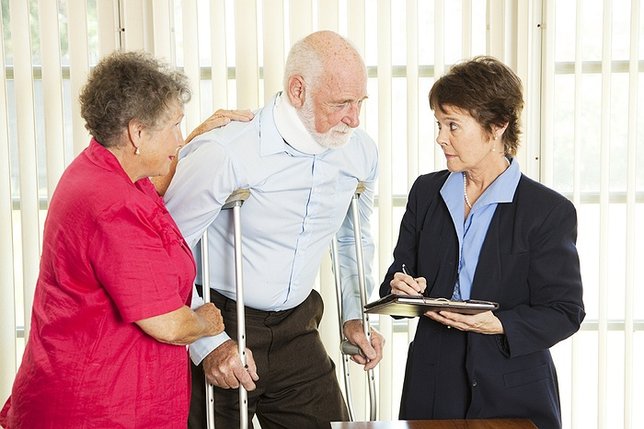 Many personal injury cases tend to be settled before they ever go to trial. All that’s typically involved is signing a release after accepting the settlement offer of the insurance company or defense attorney, officially ending the case.
With all things being equal, you would normally then receive your settlement money – less any fees from your own attorney – and then continue on with your life. However, there are some settlements that the government may require to be taxed; would that apply to money received from a personal injury case? This is a complicated matter, so let’s delve into it and clear up some common misconceptions.
First of all, if a settlement is a personal injury claim, it’s normally not taxable by either the state or federal government, regardless of if you arrived at the settlement before or after your lawsuit was filed with the court or actually took the case to trial and won. When it comes to most personal injury claims, you are simply not able to be taxed, period. An example of this rule comes from federal tax law, which states that money received due to personal physical injuries and/or sickness due to negligence is excluded from a taxpayer’s gross income.
Normally, personal injury damages are used to compensate an individual for medical bills, lost wages, pain and suffering, attorney fees, and so on, so it would only be fair to not tax those monies.
However, there are indeed exceptions to every rule, and personal injury settlements and taxation are no exception. There are certain instances were a settlement in such a case can indeed be taxed by state or federal government; for example, if your settlement was based on a lawsuit whose basis is a breach of contract – even is that breach of contract results in your personal injury and/or sickness – damages can be taxes in such an instance.
In addition, punitive damages – damages exceeding simple compensation and awarded to punish the defendant – are also taxable. Often, an attorney will ask a judge or jury to separate a verdict into compensatory damages and punitive damages in order to differentiate one from the other for taxation purposes. Taxable interest can also be added to your judgment depending on the length of time that your case has been pending in some states.
Other types of injury settlements that can be taxed include claims for emotional injuries only without accompanying physical injury or illness, are subject to tax; however, the amount of the settlement used to treat said emotional distress is often not taxed.
The Tax Cuts and Jobs Act, signed into law in 2018, has also had an effect upon the taxation of personal injury damages; mainly, it made civil settlements made to people suffering physical symptoms stemming from an accident – such headaches and stomach pain – partially taxable, since the IRS now classifies such issues as a “normal byproduct” of emotional distress rather than as bodily injuries.
To ensure that as much of your settlement as possible is not taxed, it is important that you have it explicitly stated in the settlement agreement what portion of the claim relates to a personal injury and what portion does not, especially if your personal injury claim is the larger of the two. The government can challenge the taxable status of a settlement, but if you allocate your settlement in this way you stand to have better odds of saving the majority of the settlement from being taxed.
In addition, having large settlements disbursed to you over an extended period can help to avoid taxes as well.
The purpose of personal injury settlements is to compensate individuals after someone else’s negligence caused an accident. To make sure that as little of your settlement as possible is not taxed, it is a good idea to retain the assistance of an experienced Long Island personal injury lawyer.
For a free consultation, call the Long Island accident lawyer at 866-878-6774 now or fill out our simple form for a free consultation.