More than 300,000 riders per day who take LIRR to work should get same benefit as those who drive. 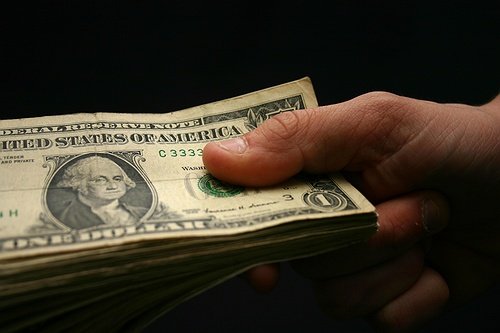 Long Island, NY - November 11, 2014 - Today, at the Mineola LIRR Station, U.S. Senator Charles E. Schumer brought together local commuters and transportation advocates to rally for Congress to reinstate the expired “mass transit tax benefit” that saves Long Island Rail Road (LIRR) riders traveling from Nassau and Suffolk County over $1,300 per year. Schumer said that the provision, which previously provided $245 per month in pre-tax savings to pay for their mass transit commutes, expired at the end of 2013, dropping the pre-tax savings to only $130 in 2014. Schumer noted that, when Congress is back during the lame duck session, it will be considering a package of tax provisions including this “mass transit” benefit, and he stated that reinstating this tax credit, which will now cover up to $250 per month for commuters, should be a priority. According to the LIRR, an average of 301,000 customers use the commuter railroad each weekday; Schumer said that these customers could be eligible for the same tax benefit as driving commuters. Schumer explained that this tax benefit would be put in place for 2015, and in some cases, cover 2014 costs retroactively. Schumer, who was the original author of the legislation that created this tax break, will say that this benefit will put tax savings back into the pockets of residents in Nassau and Suffolk counties, and will give LIRR commuters the same tax break that those who commute by car receive for parking costs.

“As the price of commuting continues to climb, this commuter tax break has become increasingly vital for Long Island residents, who already experience a very high cost of living. Mass transit is the lifeblood of Long Island and the greater New York City area, and this federal transit benefit must rise to $250 per month, so that it matches that of driving commuters; it is one of the best ways to keep LIRR travel affordable,” said Senator Schumer. “It makes absolutely no sense to provide those who drive to work with a tax break and make commuters who use mass transit pay more, and it must be a top priority before the end of this Congress to fix this inequality.”

“The Commuter Pre Tax Benefit is a vital lifeline to commuters struggling to make ends meet in these difficult times and we are grateful for all of Senator Schumer’s efforts to restore and revive it,” said Mark Epstein, Chair of the Long Island Railroad Commuter Council.

Schumer was the initial author of the legislation that created this tax break, and it was first passed as part of the stimulus package. This benefit has saved mass transit riders over $1,000 per year. Schumer said the original benefit covered up to $245 per month from a person’s gross income to pay for their mass transit commutes and provided parity with a previous benefit extended to drivers’ parking costs. In 2013 alone, approximately 700,000 New York area commuters saved over $330 million through this benefit.  However, Schumer said, despite his attempts, Congress failed to extend this benefit in 2014 after it expired in 2013. That is why, Schumer explained, he is pushing to put this tax benefit in place for 2015 and to have it cover 2014 costs retroactively.

Schumer said that it needs to be extended before January 1st, during the Lame Duck session of Congress, or mass transit commuters will be stuck with lower savings. Schumer successfully included a provision to reinstate and extend the benefit through 2015 in a package of expired tax provisions called the EXPIRE Act. This act received bipartisan approval in the Senate Finance Committee. Nearly every year Congress passes this type of bipartisan package extending tax provisions that are scheduled to expire or have already expired. However, it has failed to do so since 2013.  Schumer is pushing for this legislation to be passed in the next six weeks. There has been some opposition in Washington to doing such a package, but today Schumer said that Long Island commuters absolutely cannot wait. He said the EXPIRE Act, including the transit benefit, must be passed this year.

Previously, employees whose monthly mass transit fees were $245 or less could deduct the full amount of their commuting costs from their paychecks, tax free, through an employer benefit program. The cost was pegged to the IRS tax benefit that covered parking for drivers. Until 2009, commuters who drove to work received a greater tax break than those who took mass transit. According to the IRS, the parking benefit was scheduled to increase to $250 in 2014.

Schumer also said that it makes no sense for Congress to continue debating the reinstatement of this benefit each year, and he noted that he has a bill, the Commuter Equity Benefits Act, which would permanently provide parity between the commuter benefit and the parking benefit, so that Congress can never again fail to extend the mass transit benefit. Schumer said he will push to pass this commonsense solution in the next Congress.

In 2009, the mass transit benefit was almost doubled, jumping from $120 per month to $230 per month and creating a savings of over $1000 per year for commuters. In 2013, 700,000 commuters in the Greater New York Metropolitan Area, and 2.7 million commuters nationwide took advantage of the benefit. However, the benefit expired on December 31, 2013 and Congress failed to extend it in 2014. Schumer authored legislation that passed as part of the economic stimulus package in 2008, allowing employers to offer their employees up to $230 per month in transit benefits tax free, equal to what they were offering tax-free for parking costs. The transit benefit can reduce a commuter’s transportation costs by a third or more. If the benefit is not reinstated and extended into 2015, this would create a greater incentive for people to drive to work rather than take mass transit, as the $250 pre-tax savings would only apply to those who drive, while the transit benefit would be $130. Schumer said that the more people who commute via mass transit, the better it is for the environment and for keeping traffic down for those who do commute by car.