The Major Case Bureau reports the arrests of two individuals for Grand Larceny that occurred in Hempstead. 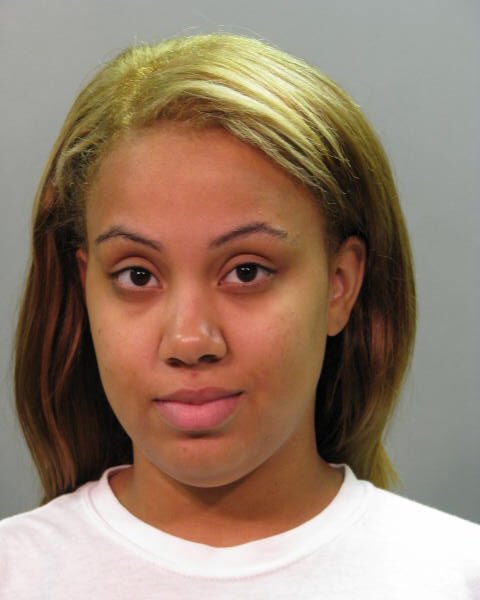 According to detectives, the defendants, Stephanie Jeanbon (pictured right), 22, of C Street, Elmont while employed by Liberty Tax, 72 Main Street, Hempstead and Jerald Gadsden, 23, of Washington Avenue, Roosevelt did remove tax refund checks from client’s folders and deposited them into their accounts at Nassau Educator Federal Credit Union.  The defendants deposited a total of twelve checks and then completed ATM withdrawals and point of sale transactions. The loss to Liberty Tax was in excess of ($23,000) twenty- three thousand dollars.

Defendant Stephanie Jeanbon was placed under arrest on September 2, 2013 and charged with Grand Larceny 3rd degree and Possession of Forged Instrument 2nd degree.  She was arraigned on September 3, 2013.

Defendant Jerald Gadsden was placed under arrest on Monday, November 10, 2014 for Petit Larceny at Bloomingdales, East Garden City during the investigation it was determined he was a subject in the above incident. Gadsden was charged with Grand Larceny 3rd degree, Possession of Forged Instrument 2nd degree and will be arraigned on Tuesday, November 11, 2014 at First District Court in Hempstead.