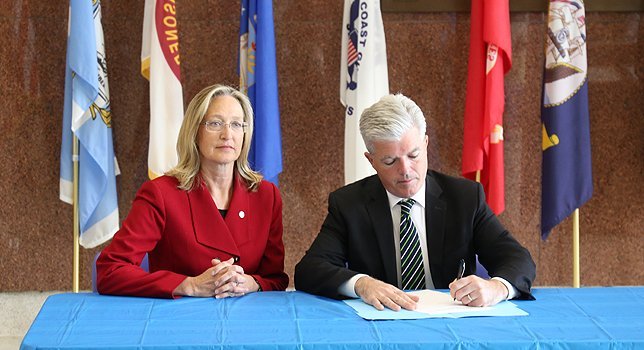 Hauppauge, NY - November 10, 2017 - Suffolk County Legislators approved a $3.06B budget for 2018 that restores funding for public health nurses and anti-tobacco programs thanks in part to a projected $778,000 increase in revenues from tax map certification fees for 2017 and 2018.
In addition the resolution utilizes an additional $5 million from the Assessment Stabilization Reserve Fund (ASRF) in 2017 to partially correct overstated sales tax revenue. The 2017 adopted budget contained zero in borrowing from the ASRF, however, the County Executive’s 2018 proposed budget included $12.5 million from the ASRF. The legislature added another $5 million to bring the total to $17.5 million. To date the county has borrowed $171.3 million from the ASRF from 2014-2017, which will be repaid over 12 years, beginning in 2018, at zero rate of interest.
The budget, which reduces sales tax growth from 4.66% to 4.40% in 2017, will result in a decrease of $5.5 million in 2017/2018. It also includes an increase in Police District property taxes of $750,000 while reducing property taxes in the Southwest Sewer District by that same amount to stay within the property tax cap.
The County Executive included a proposed Police District tax increase of 4.85% which the legislature increased to 4.99% for a total of $27,050,515. The increase translates into $60 for the average homeowner and on average $1,263 in total. The 2018 Police District property tax will be $569,329,186.
“We believe that the budget along with the proposed amendments provide a fiscally sound plan that preserves services while ensuring that spending stays within the New York State Property Tax Cap,” said Suffolk County Legislature Presiding Officer DuWayne Gregory. “The budget working group and the ad hoc budget review committee I recommended as part of my budget recovery plan, were invaluable in reaching a consensus on these amendments.”
Three new Budget Analyst positions were removed from the budget and the Constituent Response Unit, which would include seven new Neighborhood Aide positions, while approved, will not be created until a New York State grant which will fund them is awarded.
An original amendment proposed by majority legislators to cut $1.5 million from the County Executive’s budget to fill vacant position was abandoned in the final budget review, citing the necessity of hiring within the new administration in the Suffolk District Attorney’s office.