Actress Pam Grier, director Antonino D’Ambrosio, and director Petra Volpe will be Tom Needham’s guests this week on WUSB’s The Sounds of Film. 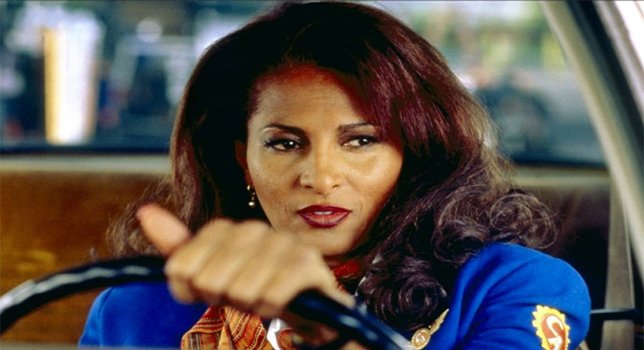 Stony Brook, NY - November 8, 2017 - Legendary actress, Pam Grier, will be Tom Needham’s exclusive guest on The Sounds of Film this Thursday at 6 P.M. on WUSB.  Also on the show, will be the director of Frank Serpico, Antonino D’Ambrosio, and Petra Volpe, the director of The Divine Order, which is Switzerland’s submission for the Academy Awards Best Foreign Language Film.
Pam Grier rose to fame in the 1970’s when she starred in a series of controversial blaxploitation films including Coffey, Foxy Brown, and Sheba Baby. Years later, Quentin Tarantino, one of her biggest fans, cast her in the lead role of his movie, Jackie Brown. The film was a critical and commercial success, and earned Grier a Golden Globe nomination.  Through the years she has continued to work in a variety of different movies and television shows including Fort Apache, The Bronx, Mars Attacks!, Escape from L.A. and the L Word. Her most recent film project is Bad Grandmas, which stars Florence Henderson in her last movie performance. The film is about four southern grandmothers who accidentally kill a conman. Parade Deck Films and WowNow Entertainment is releasing the film nationwide on November 10th. 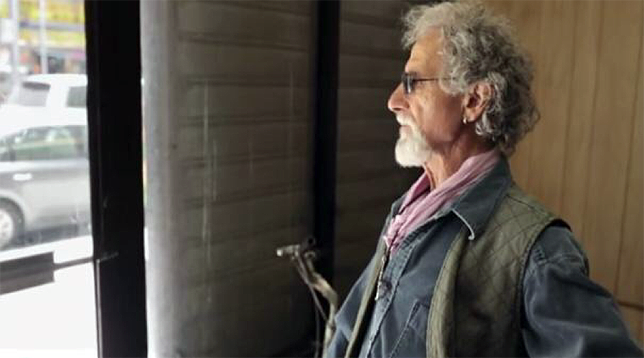 Frank Serpico in Antonino D’Ambrosio’s documentary Frank Serpico. Photo Credit: The Sounds of Film
Also on the program is acclaimed writer/director Antonino D’Ambrosio, who is known for his politically-charged documentaries and books. He is currently promoting two films, the documentary Frank Serpico and the movie Johnny Cash’s Bitter Tears. The film Frank Serpico tells the real story of Serpico, the NYPD’s most-famous whistleblower, whose life was portrayed by Al Pacino in the classic Sidney Lumet film. Frank Serpico is currently playing in NYC theaters and is available to view online at ifcfilms.com. Johnny Cash’s Bitter Tears, which is airing this month on PBS stations tells the story behind Johnny Cash’s lost Native American-themed concept album. 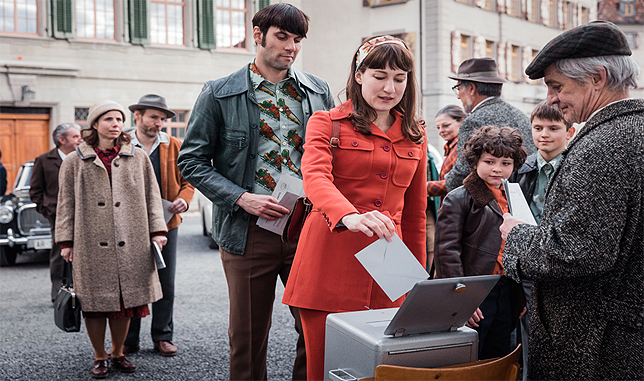 Zeitgeist Films’ The Devine Order. Photo Credit: The Sounds of Film
Lastly, Tom Needham will be joined by feminist Swiss director, Petra Volpe, whose film, The Devine Order, is an international hit. The Tribeca Festival winning film, is set in 1971’s Switzerland where women were still denied the right to vote. The film stars award-winning actress, Marie Leuenberger, whose character is forbidden by her husband to take a part-time job, and eventually becomes the town’s poster child for the suffragette movement.  Zeitgeist Films is presenting the movie in Los Angeles throughout November.
About the Sounds of Film
The Sounds of Film is the nation’s longest-running film and music themed radio show.  For the past 30 years, the program has delivered a popular mix of interviews and music to listeners all over Long Island, NY, parts of Connecticut and streaming live worldwide on the Internet at wusb.fm.  Previous individuals interviewed for the show include Alec Baldwin, Billy Joel, Public Enemy’s Chuck D., Laurie Anderson, director Barbara Kopple, Julie Andrews, Katrina vanden Heuvel and director Curtis Simon.