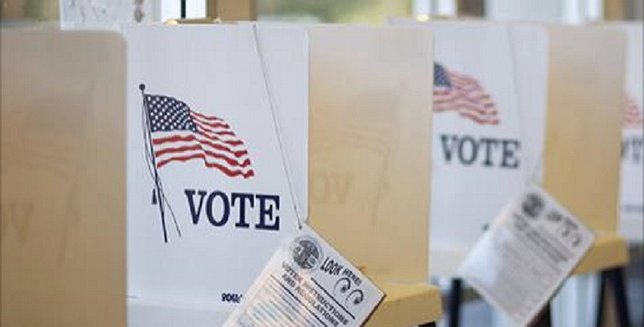 By signing this legislation, Governor Cuomo seeks to guarantee that every vote in every state will matter in every presidential election.

Albany, NY - November 7, 2016 - Governor Andrew M. Cuomo today signed legislation that secures New York's place on the list of states that have joined National Popular Vote compact. By signing this legislation, Governor Cuomo seeks to guarantee that every vote in every state will matter in every presidential election.

The bill (S.5478/A.6044) modifies legislation signed by Governor Cuomo in 2014 that added New York to an interstate agreement in which member states commit to award their electoral votes for president to the candidate that receives a majority of the national popular vote. The original legislation required that New York be removed from the compact at the end of 2018 if the agreement had not been adopted nationally. This new measure removed this expiration date and keeps New York on the list of states supporting the National Popular Vote indefinitely.

"This action will help ensure every vote is treated equally and places New York at the forefront of the battle for fairer elections and strengthen our democracy," Governor Cuomo said. "Making the national popular vote a binding one will enable all voices to be heard and encourage candidates to appeal to voters in all states."

By signing on to the National Popular Vote Compact, New York pledges to award its 29 electoral votes to the winner of the national popular vote in ALL 50 States plus the District of Columbia, but only to take effect once enough other states have passed identical legislation to comprise a majority of the Electoral Colleges 538 votes. The compact currently contains 165 of the necessary 270 electoral votes (61 percent).

A federal constitutional amendment is not required to effect this change, as Article II, Section 1 of the United States Constitution provides states the plenary power to award electoral votes in any manner they choose. Currently, like 47 other states, New York uses the winner-take-all method in which the winner of the popular vote in New York State receives all of its electors. This method was used by only 3 states in 1789.

The National Popular Vote legislation adheres to the basic principles of fairness in elections. Under the current winner-take-all system, Presidential candidates are able to ignore reliably Republican and Democrat states, like New York, and focus all of their attention and resources on a select group of battleground states. Therefore, candidates have no reason to focus on the many issues that matter to millions of New Yorkers across the state. The current system artificially divides the country into red, blue, and swing states. New York is a victim of this system despite ranking 4th in the country with over 13 million eligible voters, New York ranked dead last in Presidential campaign spending.

Senator Joseph Griffo said, "As Election Day finally arrives, every New Yorker wants to know their vote for President will matter in deciding the future of our country. I am proud to have sponsored legislation that will allow New York State to join the National Popular Vote Compact, and the amendment signed by the Governor today will now give more states enough time to join this interstate agreement. A national popular vote compact will make New York relevant, so that we can't be ignored or taken for granted as the candidates instead fight over the few winner-take-all battleground states that historically have decided who is elected president. In the 21st Century, every vote really should count, and this legislation will help achieve that democratic ideal in a way that respects the Constitution."

Assemblyman Jeffrey Dinowitz said, "Only in the world's greatest democracy, the person who receives the most votes for President is not necessarily the winner. National Popular Vote would change that, and it would mean that every American's vote in every state would count equally. Currently, New York is a bystander in Presidential elections, where candidates spend most of the time in battleground states. It's time that New York issues count – that New Yorkers count. I am proud to be the sponsor of National Popular Vote in New York and applaud Governor Cuomo for signing this legislation that will keep the National Popular Vote compact in place in New York."