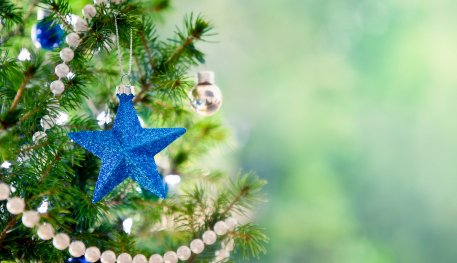 Long Island, NY - November 8th, 2013 - New MTA Long Island Rail Road timetables will go into effect on Monday, November 11 with service improvements on tap for the Port Washington, Main Line/Ronkonkoma, Long Beach, Huntington  and Babylonhttps://Babylon.longisland.com branches. The LIRR is also adding extra service systemwide for the Thanksgiving holiday period, while one switch resurfacing project in Wantagh will impact service on the Babylon and Montauk    branches. This November 11 timetable will remain in effect through Sunday, February 23, 2014.

Port Washington Branch
The LIRR will be restoring half-hourly weekend train service between Port Washington and Penn Station starting Saturday, November 16. The revised weekend service will feature an additional 32 trains on Saturdays and Sundays, bringing the Port Washington Branch back to the level of service it enjoyed before September 2010, when service during off-peak hours and on weekends was reduced to hourly as part of larger MTA initiative to close a $900 million budget gap. The restoration of 30 minute service on weekdays was accomplished in May 2012.
Main Line/Ronkonkoma Branch
The LIRR is adding the five trains to its weekday schedule for the Main Line/Ronkonkoma Branch:
Eastbound:

Long Beach Branch
Starting on the weekend of November 30 and continuing through the weekend of January 4, the LIRR will  be adding additional service on the Long Beach Branch to accommodate greater demand during the holiday season. On Saturdays and Sundays, four additional trains will operate westbound between 9 AM and 1 PM and four additional eastbound trains will operate between 4 PM and 8 PM providing Long Beach customers with half-hourly service during these peak weekend travel hours.

Huntington Branch
During the same extended holiday period, one eastbound train has been added to the overnight schedule on Saturday and Sunday between Penn Station and Huntington. The train will leave Penn Station at 2:44 AM.
Babylon Branch
During the same extended holiday period, one eastbound train overnight has been added on weekends between Penn Station and Babylon. The added train will leave from Penn Station at 1:13 AM.
Hanukkah and Thanksgiving Weekend
Additional PM trains will operate on Wednesday, November 27 (the first day of Hanukkah) and on Thanksgiving Day, November 28. As an extra bonus, off-peak fares will be in effect for the entire four-day holiday weekend. On Black Friday, November 29, traditionally one of the busiest shopping days of the year, the LIRR will run a weekday train schedule with off-peak fares in effect all day.
A Reminder about Greenport Service
Weekend service from Ronkonkoma to Greenport is extended through Sunday, December 1 to accommodate weekend travel to Long Island’s North Fork.
Amityville & Babylon Switch Resurfacing
Switch resurfacing projects in Amityville and Babylon will require track outages over the weekend of November 16 and November 17.  For most of each day, service on the Babylon Branch will be reduced from half-hourly to hourly. However, for 4 hours each night, buses will replace trains between Merrick and Babylon. Eastbound customers can expect up to 16 minutes additional travel time. Westbound customers should expect up to 24 minutes of additional travel time. As a result of the switch resurfacing project in Amityville and Babylon Branch, some Patchogue and Speonk trains will be combined with Montauk trains and extra stops added.
For More Information
Customers can pick up a copy of new timetables, including the Special Timetables for the November 16-17 outages on the Babylon and Montauk branches, at their station or any LIRR terminal. Timetables are also posted on the MTA LIRR website at www.mta.info/lirr. Customers can also call the LIRR Customers Service Center using 511, the New York State Travel Information Line and say: Long Island Rail Road