The Homicide Squad reports the details a fatal auto accident that occurred on Friday, November4, 2016 at 9:25 p.m. in North Bellmore. 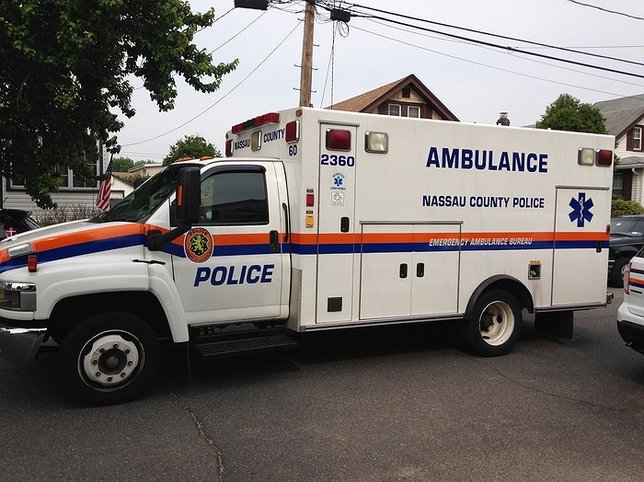 Stephen A. Rossman, 20, of Seaford, who was driving at a high rate of speed was pronounced dead at the scene. The 45-year-old female pedestrian from Wantagh was also killed at the scene. Identification has been withheld until notification of the family.

According to detectives, Stephen A. Rossman, 20 of Seaford was driving a 2014 Nissan Rogue  at a high rate of speed westbound on Jerusalem Avenue when he struck the rear of a 2007 Nissan Altima being operated by a female driver, 26 years of age, causing the vehicle to spin out of control. The vehicle struck a female pedestrian, 45 from Wantagh as she was crossing Jerusalem Avenue northbound causing fatal injuries to the victim. She was pronounced deceased at the scene.

As the Altima continued to spin it struck a 2013 Subaru that was travelling eastbound on Jerusalem Avenue, operated by a male driver, 54 years old. Rossman’s vehicle continue westbound striking a roll off dumpster causing the dumpster to strike a 2005 Nissan travelling westbound driven by 27 year old female resulting in damage to the rear of that vehicle. Rossman’s car came to rest after striking a 2006 Ford box truck parked on Jerusalem Avenue. He was pronounced deceased at the scene. The female driver of the first vehicle struck was transported to a local hospital for treatment of non-life threatening injuries. The drivers of the Subaru and second Nissan refused medical attention at the scene and were able to remove their vehicles from scene.