Bullying has become a large issue of concern for parents and students across the country - find out what locals are doing to prevent and deter it from happening here on LI. 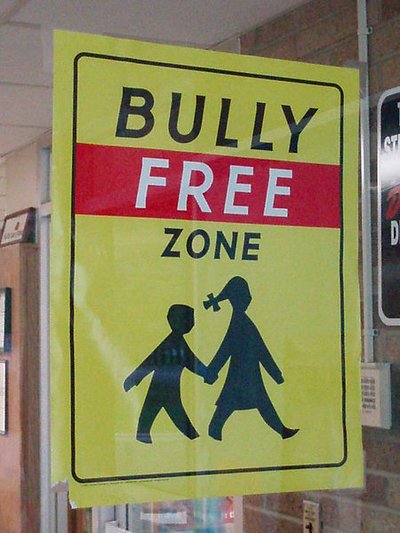 According to Bullying Statistics, about one in four kids in the U.S. are bullied on a regular basis; 77 percent of all students experience verbal bullying and teens in sixth through tenth grade are the most likely to be involved in activities related to bullying.

So what exactly is bullying? StopBullying.gov, a website managed by the U.S. Dept. of Health and Human Services defines it as “unwanted, aggressive behavior among school-aged children that involves a real or perceived power imbalance. The behavior is repeated, or has the potential to be repeated, over time…”

Bullying involves actions that include making threats, spreading rumors, attacking someone physically or verbally, or purposely excluding someone from a group. Both kids who are bullied and who bully others may have serious, lasting problems.

In response, Long Island schools, community organizations and government officials are working to create awareness of the problem and to establish safe, supportive school environments free from intimidation and harassment.

“School culture is the key factor that determines whether young people will be bullied or not,” said Alane Fagin, executive director of CAPS. “If culture changes, everything changes.”

“New technology and social networking sites have taken harassment and intimidation to new and increasingly dangerous levels,” Rice said. “This program created by my office will not only educate students, parents, and teachers about the dangers of cyber-bullying and the Internet, but it will also send a strong message to young people that the decision to press ‘send’ can have far-reaching and devastating consequences to themselves and others.”

Dylan House and Michael Graziano are both Long Island natives and students at Quinnipiac University in Hamden, Conn. Together with seven others, they created The Long Island Coalition against Bullying, an organization established to increase awareness of bullying throughout the Long Island area. The coalition plans to host fund raising events, recruit volunteers and offer therapeutic venues for children who have experienced bullying.

“What we want to do with the money that we raise with these events is donate them to programs in elementary schools on Long Island so that we could [assist] their anti-bullying programs,” Graziano said.

“I am all too familiar with bullying,” said Anker. “The most important thing you can do for yourself and for others who are being bullied is to say something. You must speak up and take the power away from the bully.”

In October, students at Michael F. Stokes Elementary School in Levittown took a united stand against bullying. Both students and staff wore orange as a sign of unity; and the students, each wearing a statement of affirmation, joined together in a chain of 497 “links” measuring the length of the school building.

"I can stand up for myself, I am brave, I can be a good friend," the students said.

In addition to efforts on Long Island to combat bullying, New York State’s Dignity for All Students Act (The Dignity Act) took effect in July 2012. The legislation is designed to provide public elementary and secondary school students statewide with a safe and supportive environment free from discrimination, intimidation, taunting, harassment, and bullying on school property, a school bus and/or at a school function.

Long Island high school teacher Sharon Holzman, who has a clearly-outlined open-door policy with her students regarding bullying, says she believes students have a better chance of feeling more secure in their schools since the implementation of DASA.

“Bullying is a very big issue now more than ever since bullying leaves school grounds through technology,” Holzman said.

“Without a doubt, all districts on Long Island have been making the effort to stop bullying in their schools whether with a campaign or project in school. The fact is, when a student is bullied, the learning environment is disrupted, and some students do not want to go to school because of the torment,” she added.

What’s your opinion? We’d like to know. Include your comments below or on our Discussion Forum.

Photo by Eddie~S, via via Flickr, video courtesy of DA Rice's Official You Tube Page.