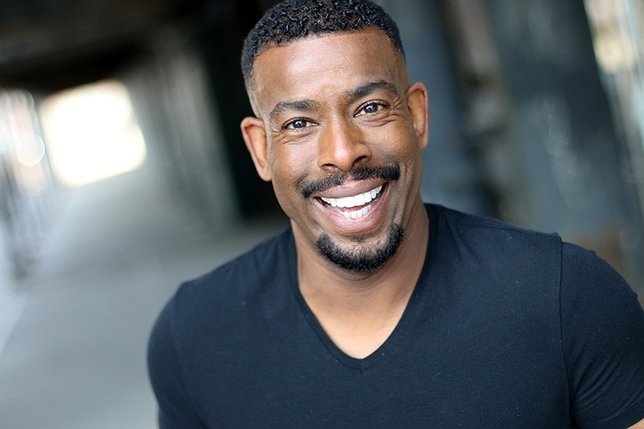 Sag Harbor, NY - November 6, 2018 - Bay Street Theater & Sag Harbor Center for the Arts is pleased to announce an evening of all new All Star Stand-up Comedy just in time for laughing off the stress of the holidays on Friday, December 7 at 8 pm. Tickets are $30 when purchased in advance and $40 when purchased the day of the event; on sale now at baystreet.org or by calling the Box Office at 631-725-9500. The Box Office is open Tuesday- Saturday 11 am – 5 pm or until showtime.
All Star Comedy returns to Bay Street with the hottest rising stars of comedy, hosted by comedian Joseph Vecsey (Optimum’s UnMovers, Netflix’s Father of the Year) and features Kerry Coddett (BET’s The Rundown with Robin Thede, Comedy Central’s The Nightly Show with Larry Wilmore) and Chuck Nice (VH1, truTV, Netflix’s The Week Of).
You can catch Joseph Vecsey acting in Adam Sandler's Netflix movie Sandy Wexler where he also served as a producer on the film. He was also a producer on Netflix's The Week Of starring Adam Sandler, Chris Rock and Steve Buscemi that just came out last April. Last summer, Joseph acted and produced on Father of The Year that stars David Spade. Joseph can also be seen in the hit commercials and web series The Unmovers. The first season reached over a million views online which lead to Season 2. Joseph also wrote, directed, starred, and produced the parody sketch Stud Walk for Charlamagne The God's MTV2 show Uncommon Sense.  Joseph made his TV stand-up debut in 2015 on Gotham Comedy Live and was named one of Comedy Central's Top Ten Comics To Watch the following year. Vecsey has toured and opened for Adam Sandler, David Spade, Norm MacDonald, Nick Swardson, and Rob Schneider in arenas and theaters around the country. Most recently, Joseph served as a co-producer on Adam Sandler’s first stand up Netflix Special that is currently streaming now. The Call Back Podcast is still something audiences can still check out where Joseph interviewed super stars such as Garry Shandling, Chris Rock, Aziz Ansari, and Tom Green all about the process and craft of their careers.
Kerry Coddett is a New York- based stand-up comedian, actress, and writer. Touted as “inimitable” by The Huffington Post and as “a rising star” by The Interrobang, she has also been featured in numerous publications, including Entertainment Weekly, Mic.com, Elite Daily, Splitsider, Elle.com, Buzzfeed, and Salon. Kerry just wrapped as a staff writer on Wyatt Cenac’s Problem Areas, produced by John Oliver and debuted on HBO. Kerry has also appeared on season 2 of HBO’s Crashing, and has performed stand up on 50 Central. She is a reoccurring cast member on MTV’s Joking Off and she’s also appeared on TruTV’s Comedy Knockout, Huffington Post Live, and Essence Live.
In 2017, Kerry was crowned the winner of the Caroline’s on Broadway Comedy Madness Competition. Beating out 63 comedians, she was also the first woman to win! Kerry has performed stand up at the New York Comedy Festival, The Women in Comedy Festival, The Brooklyn Comedy Festival, and Eugene Mirman Comedy Festival. She’s the host of Brooklyn, Stand Up!!, a monthly stand-up comedy show that has been listed in The Village Voice and the New York Times, she has also been a guest co-host on The Young Turks, and she co-hosted Wake Up! w/ Taylor (Sirius XM) multiple times.
Chuck Nice is an 18-year veteran of stand-up comedy with a rich history in entertainment. For years, Chuck has been busy making a name for himself across all mediums, including radio, television, and the internet. Very recently, Chuck was delighted to deliver a TED talk, on the main stage of the Vancouver conference, regarding the unintended consequence of future tech and human interaction. Currently he is the co-host of Star Talk with Dr. Neil deGrasse Tyson on Nat Geo. Chuck has also hosted How to Buy Like Mega Millionaire and Home Strange Home on HGTV. He is a regular contributor to the Today Show, has guest hosted The View, and he is a frequent guest on MSNBC, CNN, and HLN. Other credits include: Host of Price This Place on HGTV, VH-1‘s Best Week Ever, TRU TV’s World’s Dumbest, The Katie Couric Show, Bethany, The Meredith Viera Show, The Juice on Veria Living, The Better Show, Vh-1’s 40 Greatest, Black to the Future, Undatable, 100 Greatest Songs of 00’s, host of The Hot Ten on Centric, host of WE TV’s Cinematherapy, host of That’s So House Hunters, host of the red carpet pre-show for the Independent Spirit Awards and host of "Is It True?" on Discovery. Despite his busy schedule, Chuck still makes time to regularly perform at NYC comedy clubs, delighting audiences with his storytelling style of stand-up comedy.
“The thing that most excites me is discovery,” says Nice. “Every appearance, every performance, every person I meet, is an opportunity for learning.” Most recently Chuck is preparing the groundwork for the world’s largest youth climate summit titled “Shh...It Just Got Real!” aimed at activating the people most affected by climate change, the youth who will be living in the world for years to come.
Please note that there is the possibility of raunchy, social, and political humor themes or comments which do not reflect the views of Bay Street Theater or its employees. Not appropriate for children.
The Box Office is currently open Tuesday – Saturday, 11 am – 5 pm. To purchase tickets, call 631-725-9500 or log on to baystreet.org.
Bay Street Theater and Sag Harbor Center for the Arts is a year-round, not-for-profit professional theater and community cultural center which endeavors to innovate, educate, and entertain a diverse community through the practice of the performing arts. We serve as a social and cultural gathering place, an educational resource, and a home for a community of artists.