Local singer, Bryce Westervelt has launched a campaign to get his children's book series - The Adventures of Pomodoro Penguin – into print. 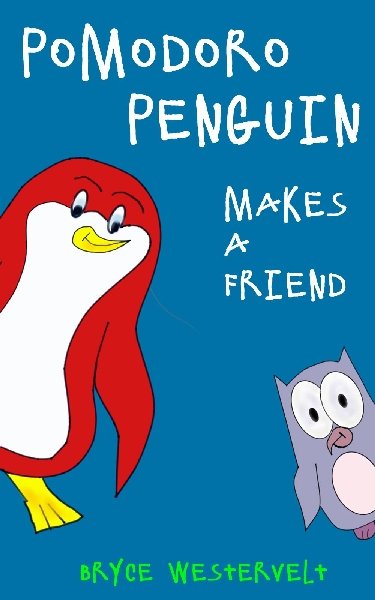 Centereach, NY - November 5th, 2013 - Local singer, Bryce Westervelt has launched a campaign to get his children's book series - The Adventures of Pomodoro Penguin – into print.

Westervelt, who lives in Centereach with his wife Lisa - currently a DMA flute student at SUNY Stony Brook, has turned to Kickstarter.com to organized a 30-day funding campaign to get his first four books about a little red, pasta-loving penguin into print. Kickstarter.com is a website for artists to showcase their artistic endeavors. The website helps artists promote and organize a grass-roots style campaign to fund their project in a way that gives “backers” (whether they give $1 or $100) something in return.

“Letting your friends, family, and fans be part of a project like getting Pomodoro into print builds a special bond as they become a huge part of the story,” says Westervelt. “Backers really get an inside look at the whole process.”

Donors to the project will receive gifts ranging from exclusive project access and copies of the book(s) to having their – or their child's - name listed in the book acknowledgments and having special one-on-one Skype or FaceTime conversations with the author.

Westervelt has set a project budget of $4000 that will cover all design and printing expenses for the first four books in the series which must be raised by November 20, 2013, for the project to be funded. If he does not reach the goal by November 20, none of the backers are charged and the project does not move forward. On November 4, the project was already 37% funded.

The first four books of the series center around Pomodoro Penguin and his friends. They are educational, rhyming picture books full of snappy verse and bright illustrations. Westervelt's children's books are currently available in digital format.

About Bryce Westervelt
Writer, illustrator, and tenor Bryce Westervelt, is sought after as a soloist with opera companies, orchestras, and choral groups across the nation. His concert repertoire spans over 50 major works, and he has been a featured artist with many groups over the last decade.  The Adventures of Pomodoro Penguin mark his debut children's book series.