An investigation is being carried out for a fire at a storage facility. 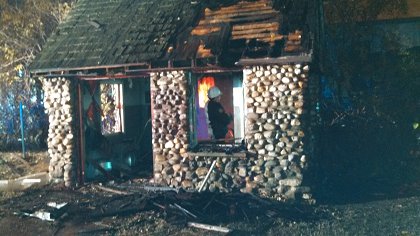 According to detectives, 911 was contacted in regards to a reported fire involving a small storage building located on the property of Nassau County and associated with the Tackapausha Preserve. The storage building, located on Merrick Road next to the Tackapausha Pond, sustained substantial damage before the Seaford Fire Department personnel were able to extinguish the flames.

The fire, which has been deemed to be suspicious in nature, is under further investigation. No injuries were reported as a result of this incident.

Detectives request anyone with information regarding this Fire to call Crime Stoppers at 1-800-244-TIPS. All callers will remain anonymous.